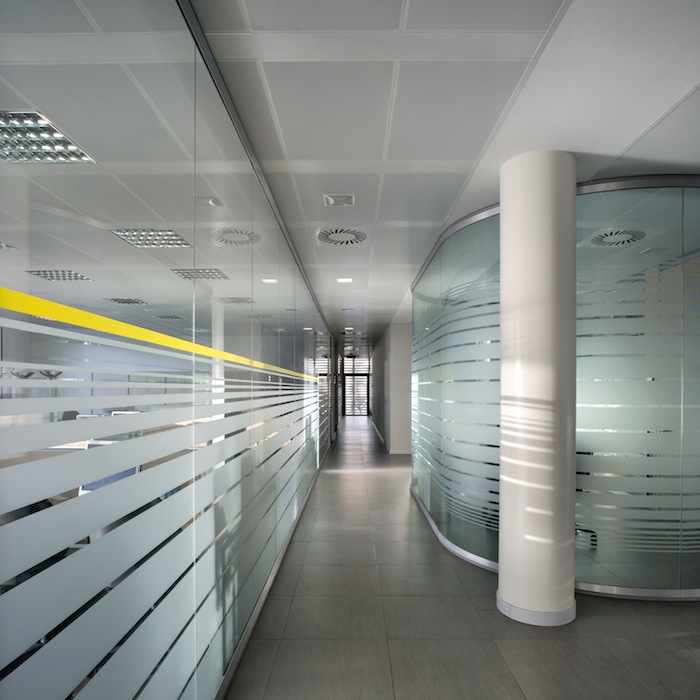 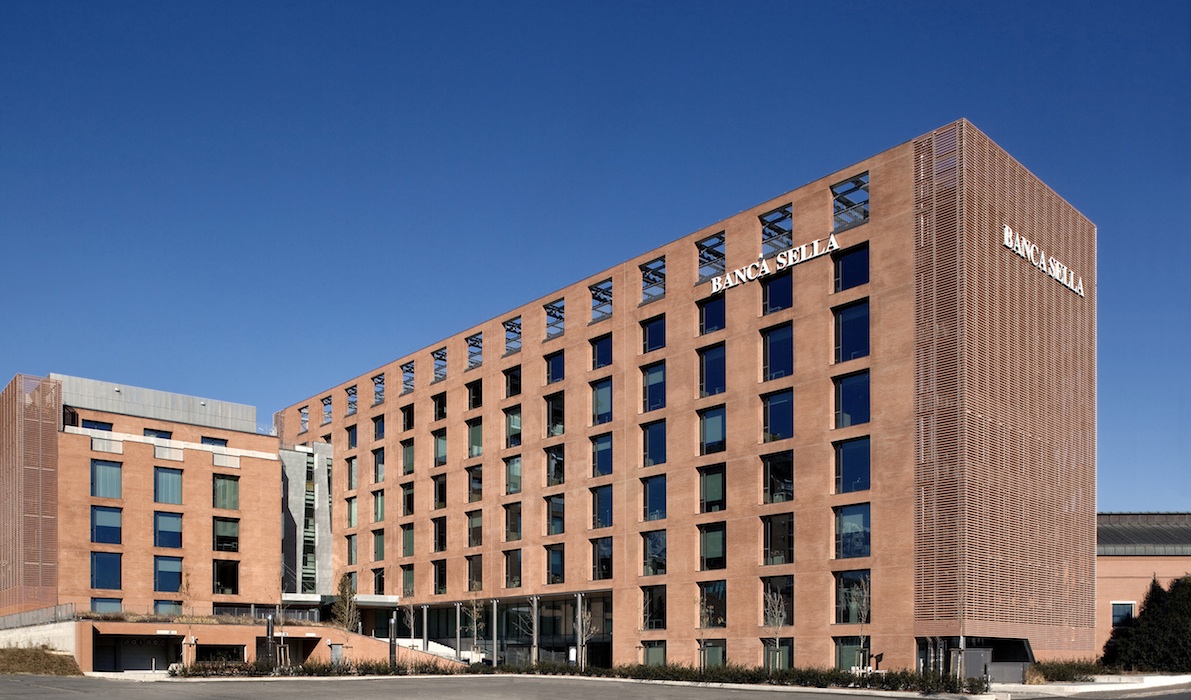 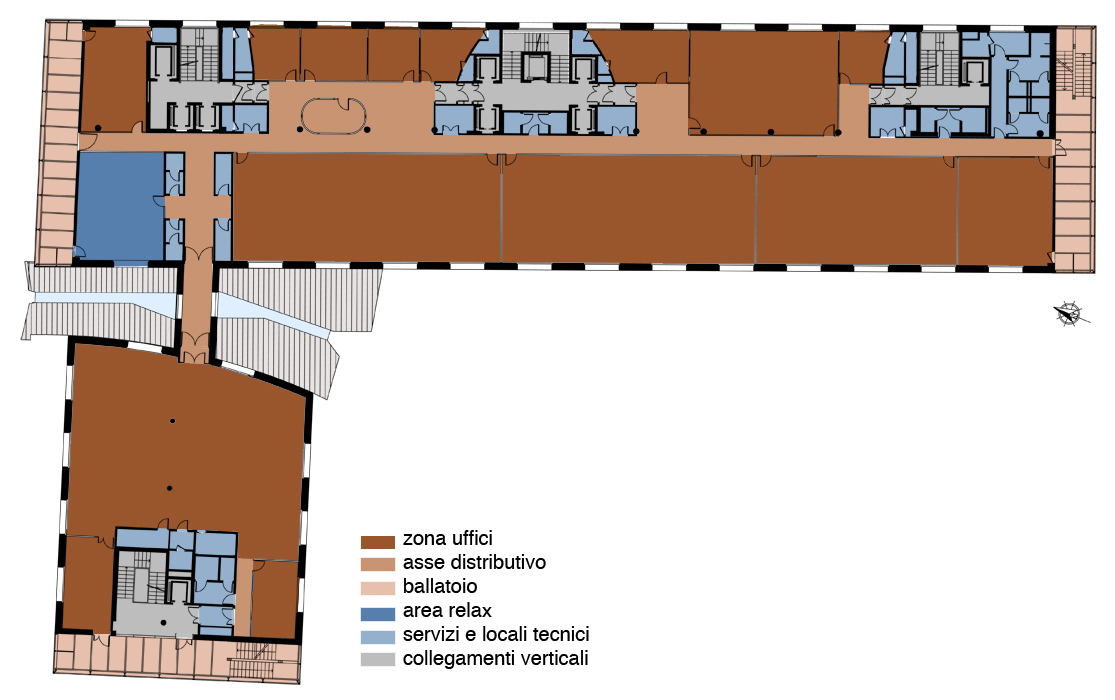 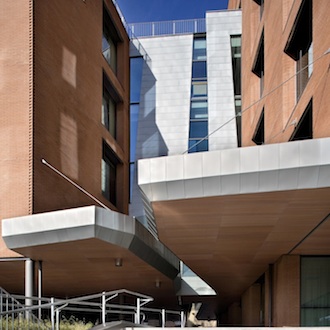 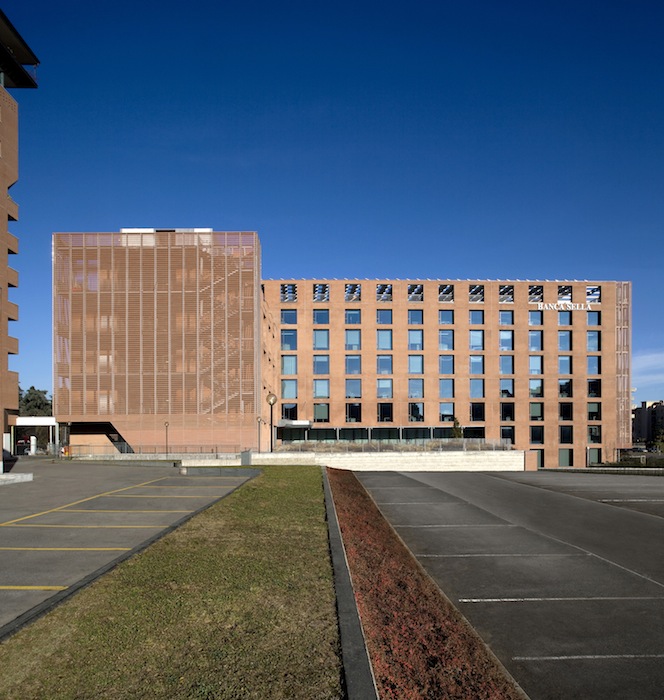 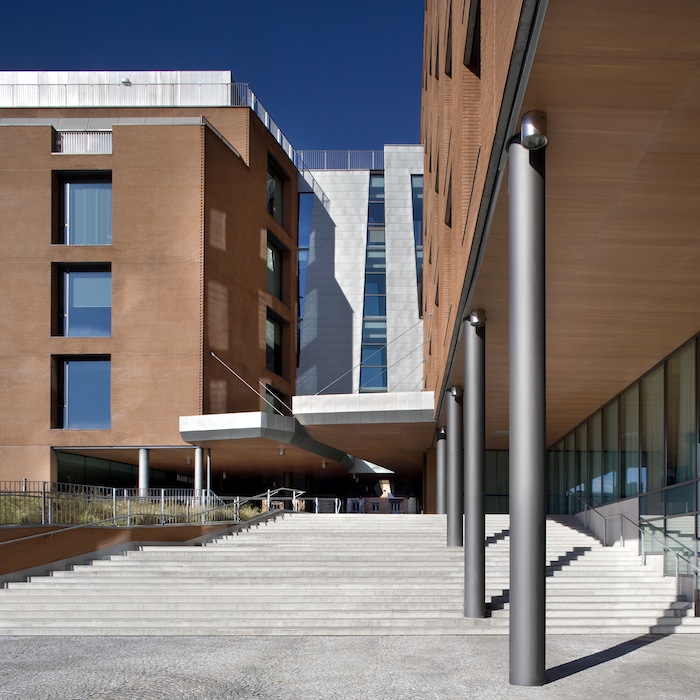 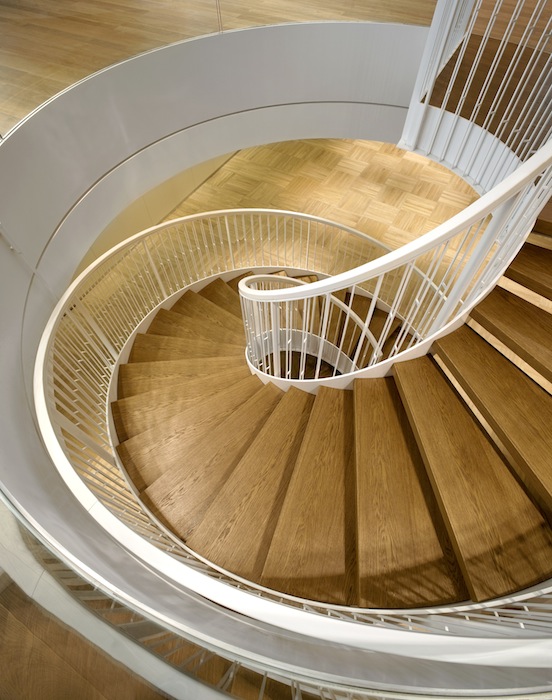 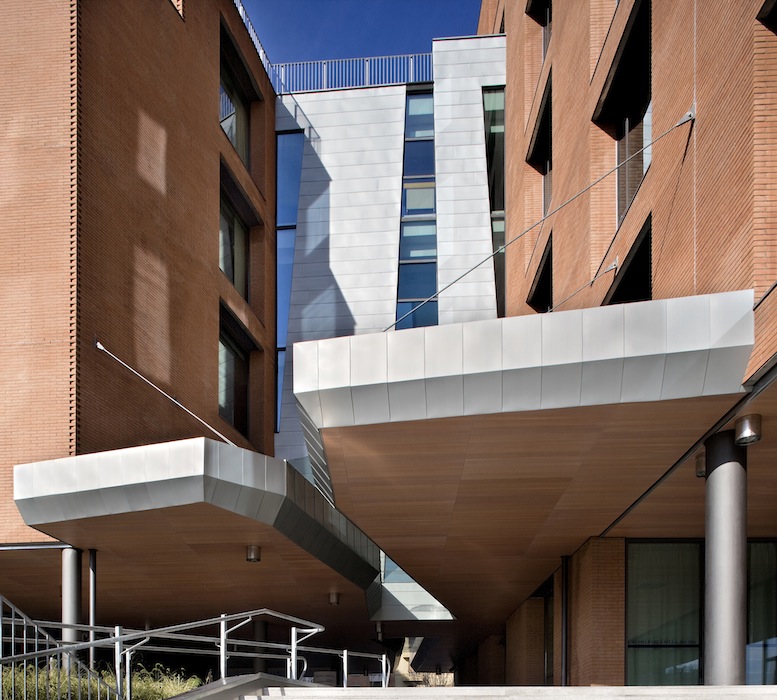 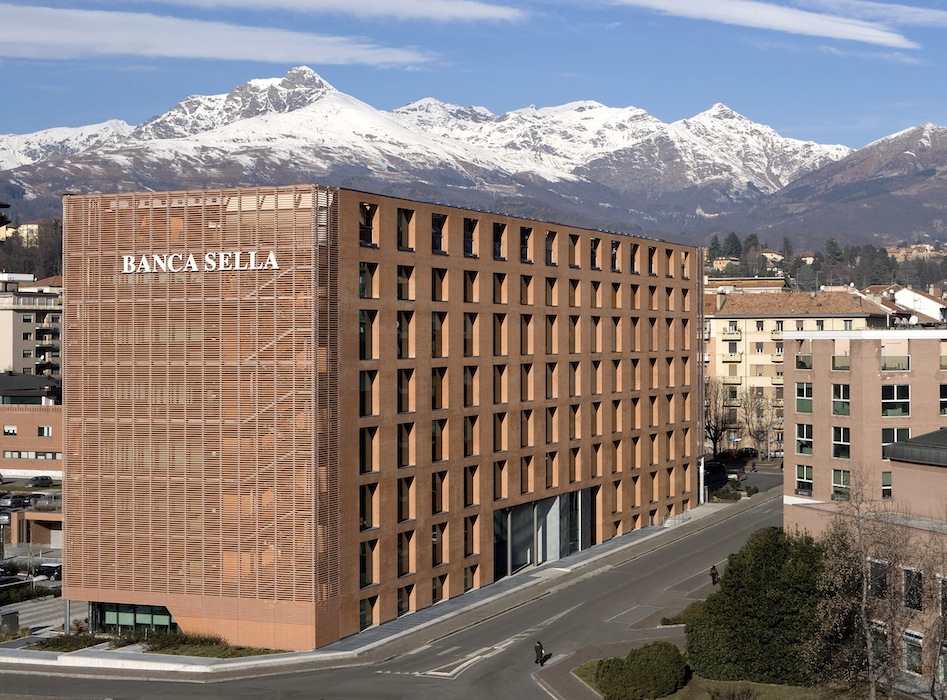 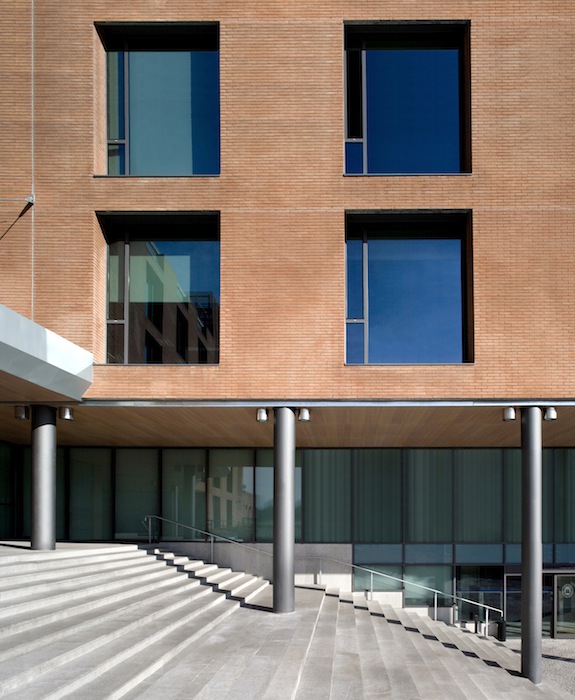 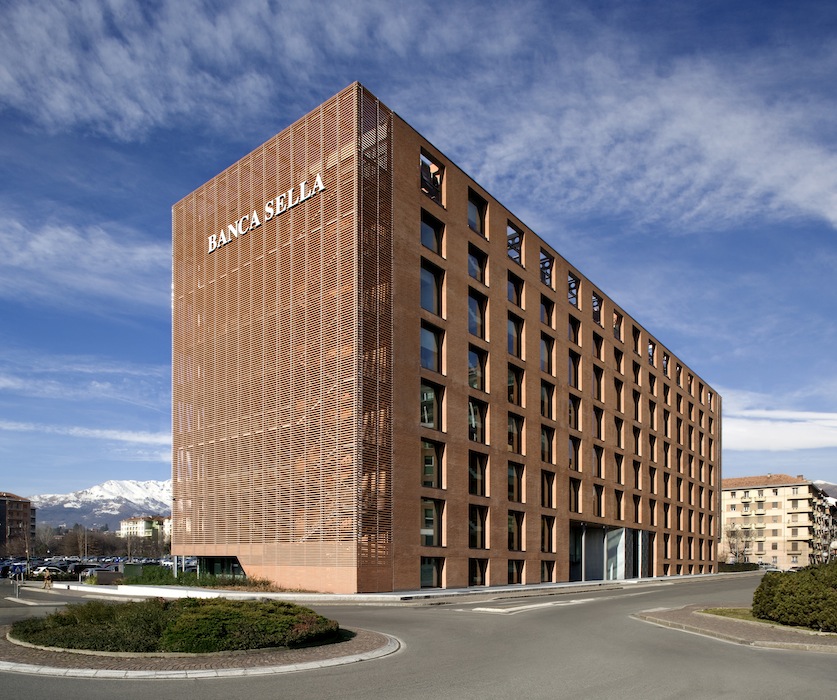 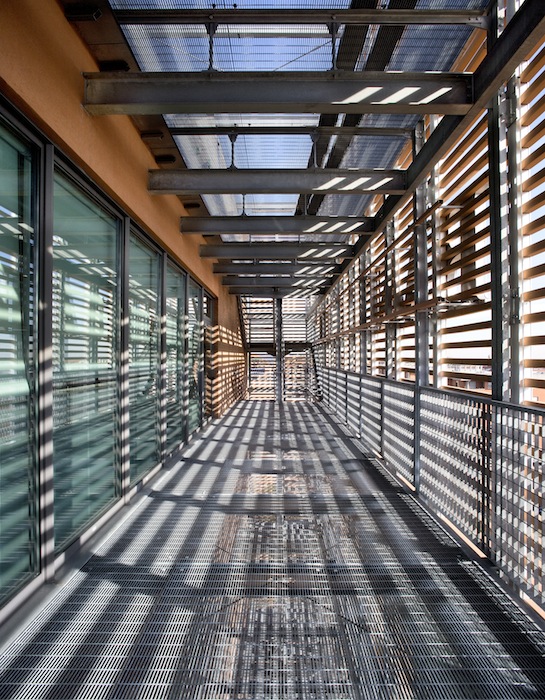 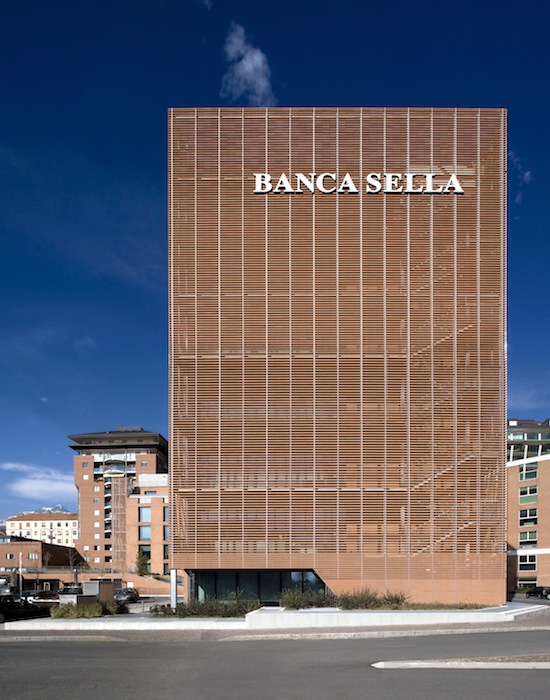 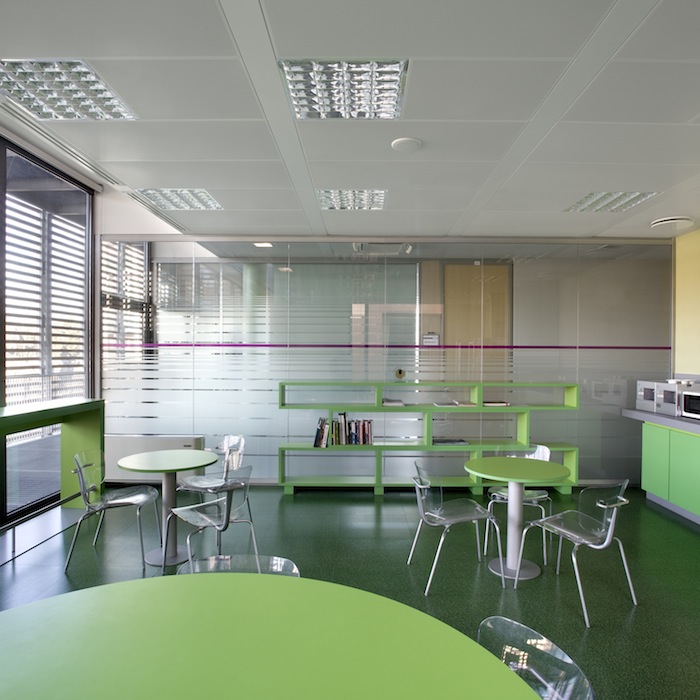 Banca Sella’s new Head Office is in the city of Biella, located between via Lamarmora and via Delleani, and stretches over an area of around 4,000 square metres. Construction began in 2005 and was completed in September 2010. The new building is the cornerstone of the general logistics rearrangement of the Biella sites that currently host the Group. In fact, the premises are close to the historical branch in via Italia 2 and the Chiavazza estate along via Corradino Sella. Therefore, the new building proves once again the strong connection Banca Sella has established within the region it was founded and developed. It represents an investment in terms of rationalization and recovery of productivity, which the Group has deemed of fundamental importance at this stage of its development. Inside the building it has been possible to use a space of 9,500 square metres as offices, client and sales areas and conference rooms. The new branch can hold up to 800 people.

The general impression of the estate is based on the concepts of essence and sobriety. It is, in fact, a multifunctional container inspired by firmness and transparency, suitably matched by the choice of modern technologies used for fixtures such as doors and windows, in conjunction with more traditional materials as required by local government regulation. The external part of the building has a linear design: attention is not drawn to any particular details with the exception of the entrances, which make a clear and definite statement. The body of the construction is divided into two clear adjoining sections both on top of the porch floor on via Lamarmora. On this level we find an important pedestrian area, which aims at conveying the idea of a company which is aware of its customers’ needs. It connects the city centre to new areas where there are parks and parking lots. The branch and customers’ entrance look onto the pedestrian area, an impressive wide space, characterised by important metal shelters, the only particular details in a space that is altogether represented by geometrical rigour. These elements are coated with sheets of pre-patinated zinc-titanium alloy. Their light grey colour, reminiscent of velvet, changes slightly according to the colour of the sky.

The outlook of both buildings are made of an essential grate of crystal and terracotta, which are equally elegant, with wide single glass windows placed within verandahs with glass parapets. In the central part of the main building there is the staff entrance adjacent to a private driveway and accessible through a rational vertical communicating axis. This second main entrance to the building, found in the centre of the biggest construction, allows people to gather at the centre of the estate so as to optimize internal routes and help control access, as well as provide a sheltered path to the driveway.

As far as internal arrangement of space is concerned, both blocks can easily be adapted to different needs. In fact, except for the four blocks that host the staircases and their relative services, the rest of the wide areas, which amount to 80 metres in length by 18 metres in width, can be used in various ways.

The building thus fits perfectly in its urban surroundings, where it conveys a sense of security, communication and transparency.