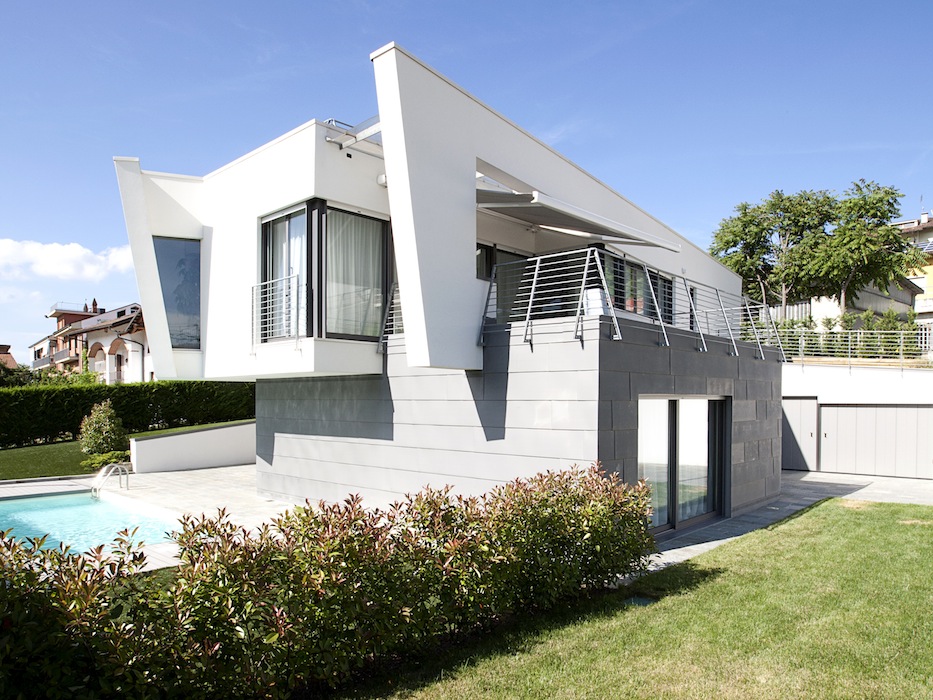 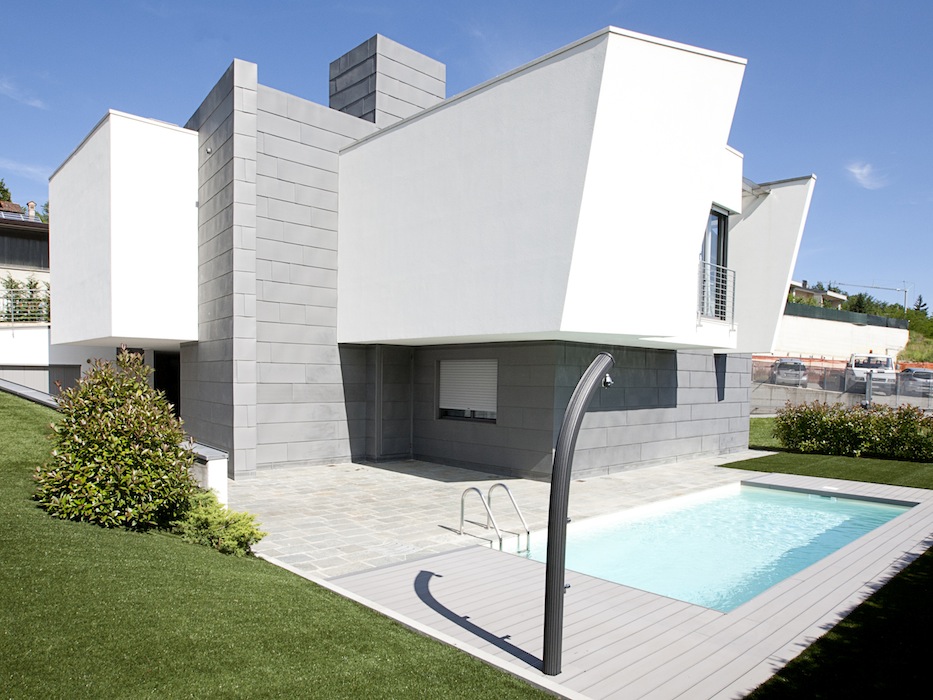 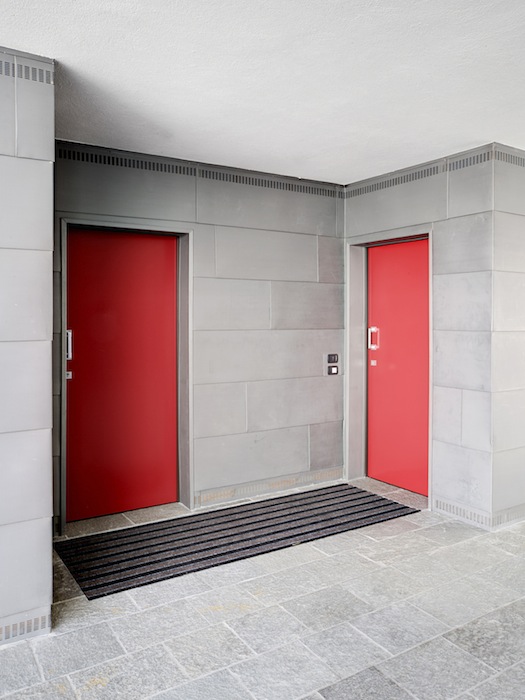 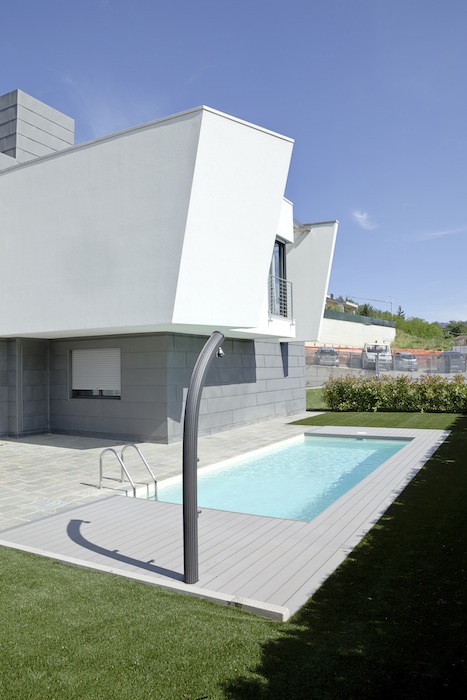 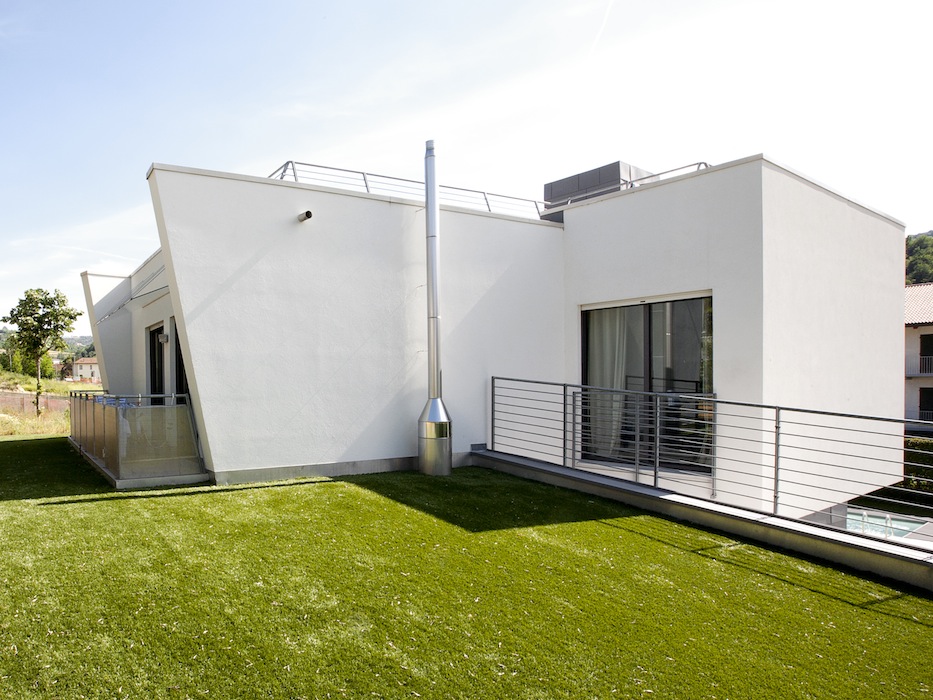 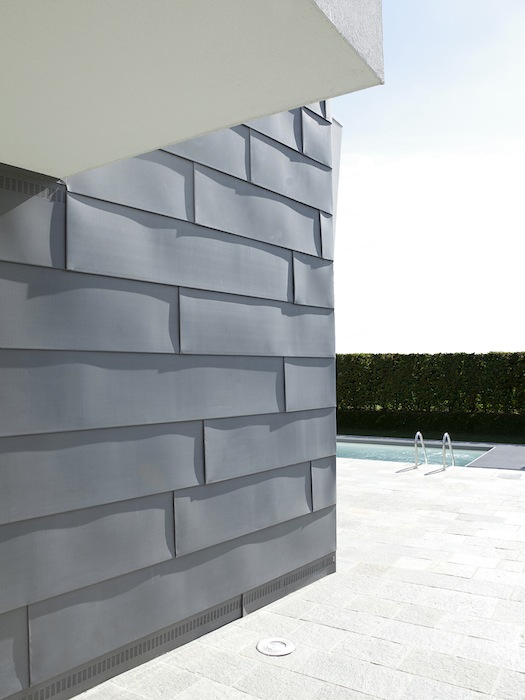 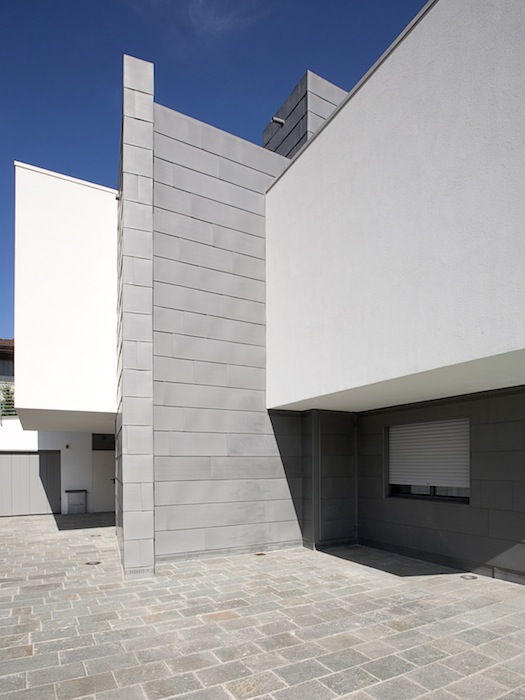 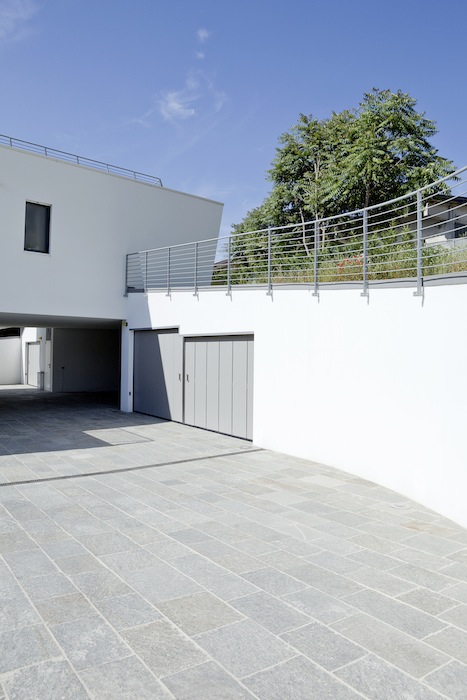 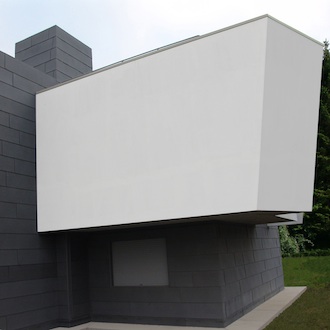 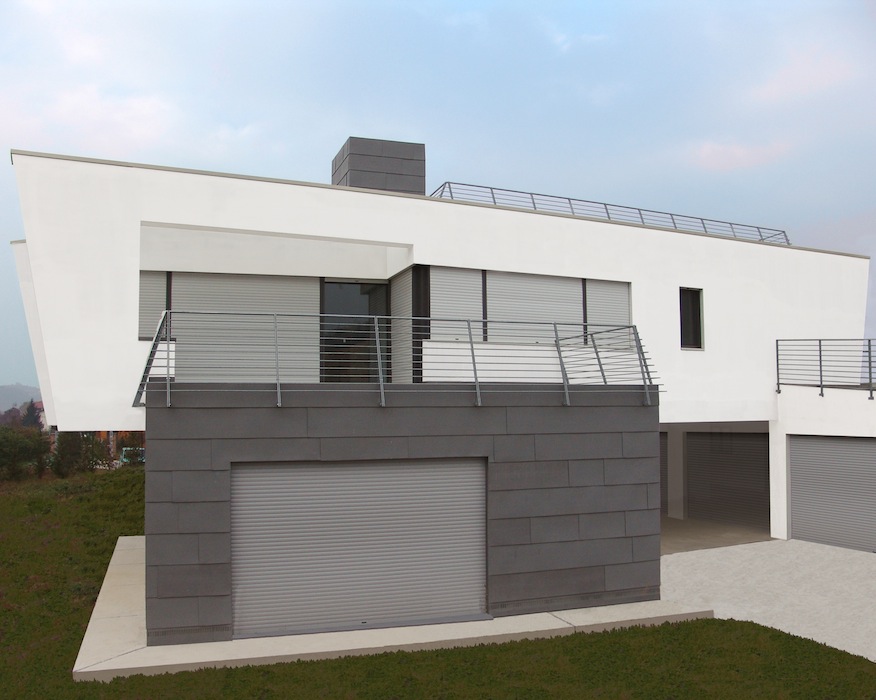 This family house stands on a suburban area along Alba Ricca street, and it is accessible via a local internal road. It develops on two levels along two orthogonal axes. The lower part of the building is coated in metal and it is the foundation on which the upper white section stands.

The two volumes can be conceived as either independent or connected by an internal central staircase. The versatility of this construction, that can be used as either a house or an office building, contributes to the lightness and flexibility of its structure. Each level has been made practicable in order to improve comfort. The levels in question include the roofing, the terraces on the first floor and the porch.

Two floors of the building face west ( local road 29), while another floor above ground level faces east (towards the hill). The total volume of the construction can be seen as a harmonious combination of  two blocks. The main block, on the first floor, runs from east to west, and its main sides face south and north.  This can be compared to a prism which lies on one side  on the slope of the hill, and on the other side  on the smaller block of the building (the ground floor) which is composed of two rooms. The sides of the prism-shaped body are not parallel to each other. The construction  has got an elongated form, its two ends touch the ground thus designing a central porch where are the two separate accesses to the two houses as well as the entrances to the garages ( or storage rooms). To create these spaces we have used the hollow part at the foot of the hill’s slope that looks east, without emerging onto the ground floor. The first floor of the  building hosts three bedrooms, a living room,a kitchen and bathrooms.