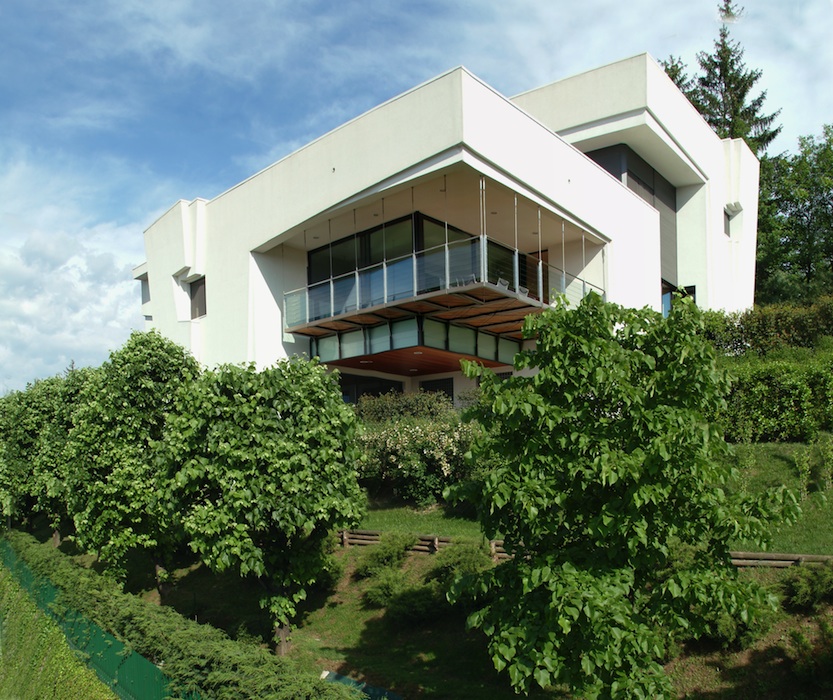 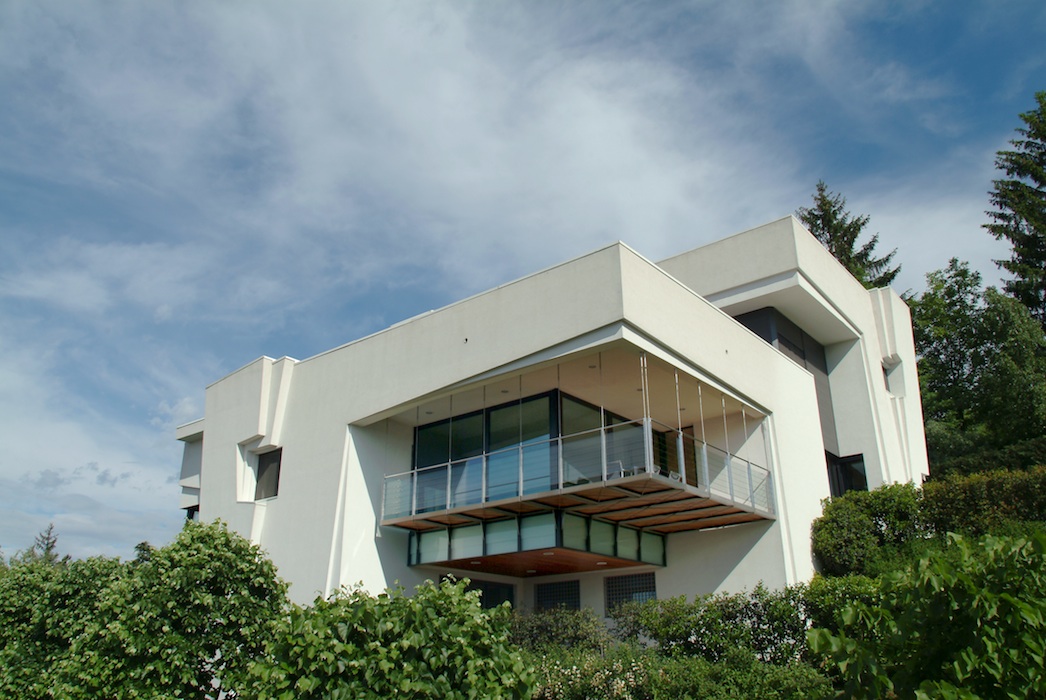 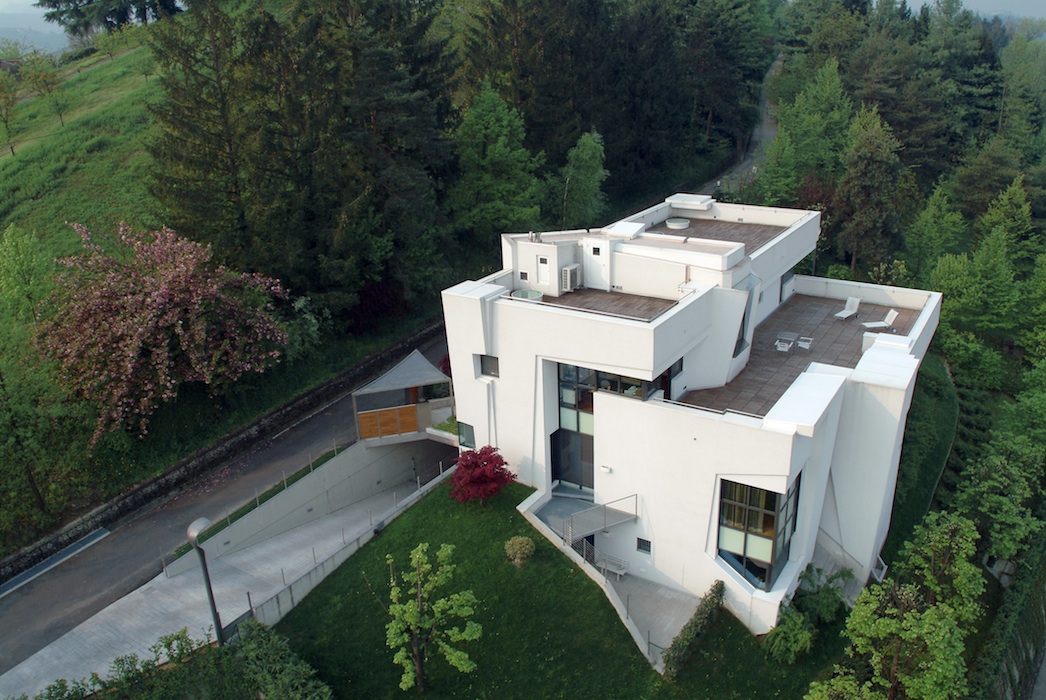 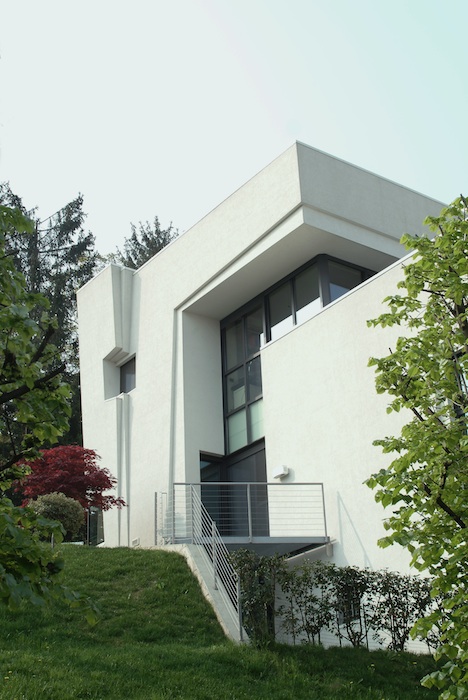 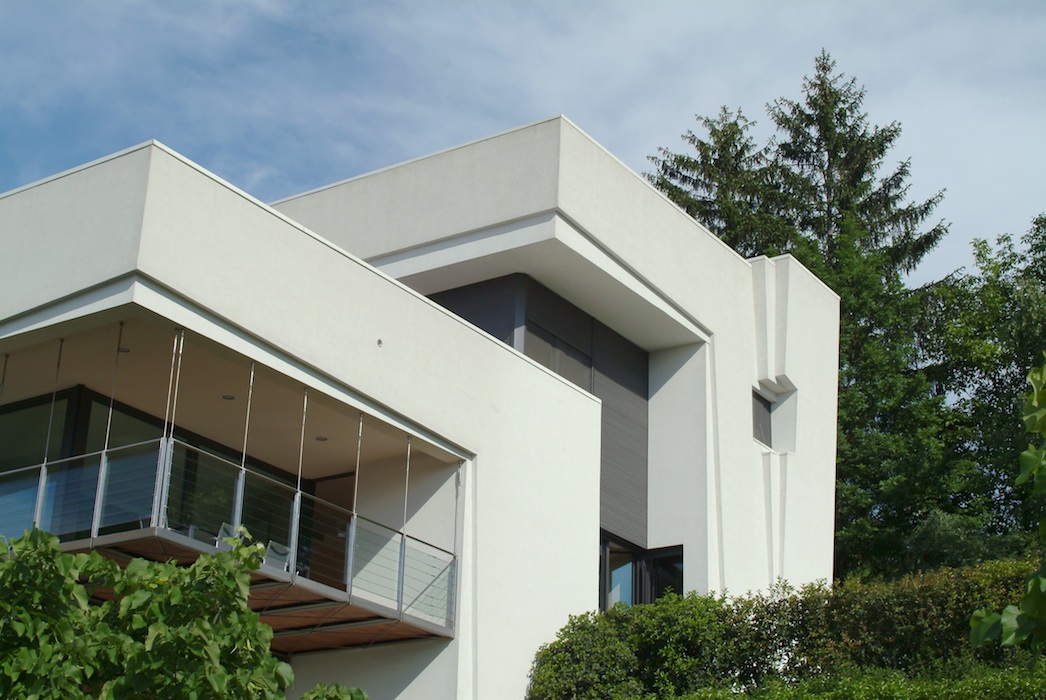 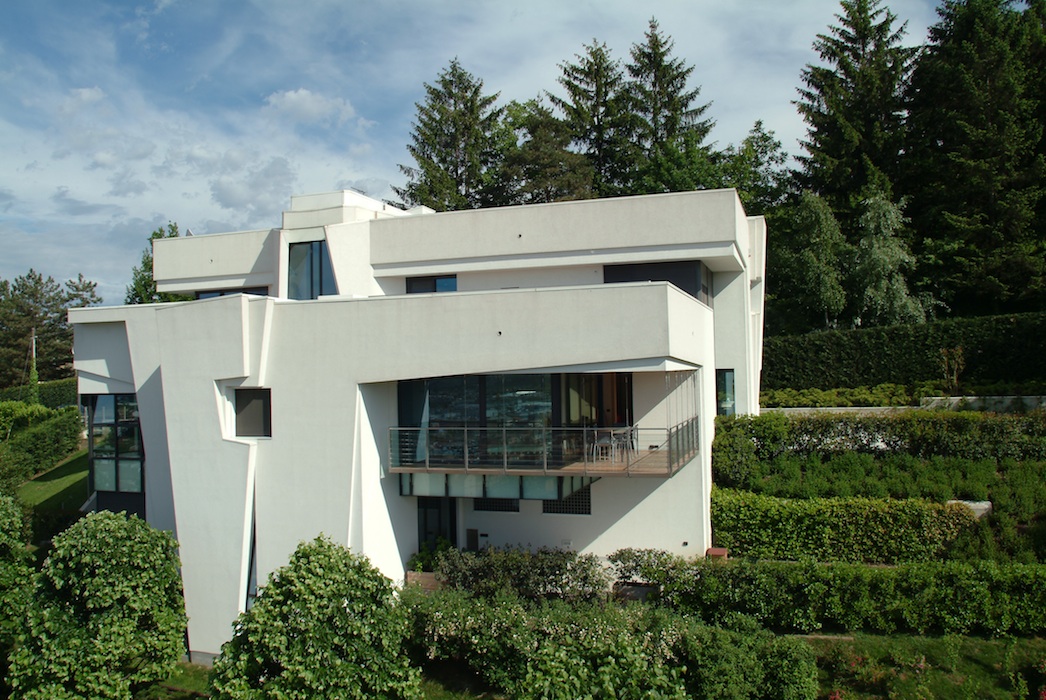 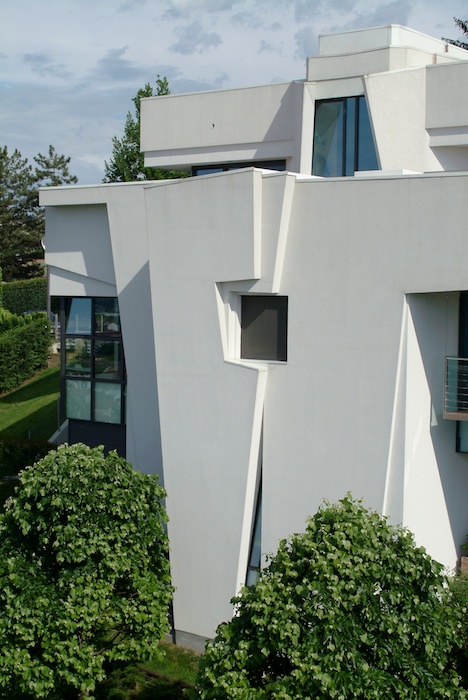 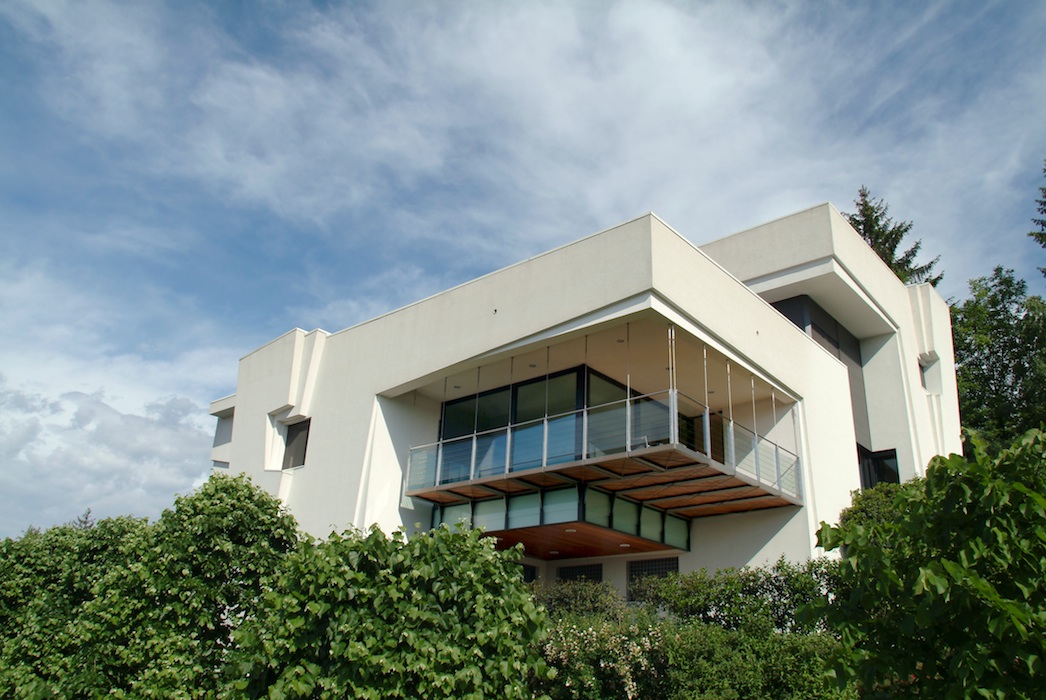 The path that leads to designing a project can take  different routes. One may want to converse with the surrounding area, while another may prefer to find a breaking point through which they may slide and let the project take shape. In other cases, looking for a reconcilement between these two options may also be a viable opportunity. The process that has led to the designing and building of this villa originated from the idea of creating harmony between the merely natural element and the exclusively human factor. Following a similar line means that one is willing to deal with the uncertainty of a path that may take more than one direction, and  is rather a sequence of fragments   that either stand side by side or overlap. It means willing to embrace contradiction and give it  architectural form.

The building is  made up of one body, but it looks as if it was undermined by conflict. In fact, as lines are projected towards the outside, others bend onto themselves. The same gashes that open the skin, built to create openings towards the green area, also give  the opportunity for introspective moments, that allow one to spot the soul underneath the green layer. In the same way, choosing to impose the building on the site has not only been bold, but also driven by a desire to find a connection with the surroundings. The soil, in fact, is very difficult, very long, narrow and steep. A similar surrounding could have inspired smoother and softer choices. However, the surroundings have made their declaration of independence, and so has the building, which had to be made able to stand by its statement. An architectural plan, however, needs soil. Therefore, despite being independent, it  anchors to it with a strong grip. Depending on where we are standing, we might be more struck by either the building or its surroundings, in a constant state of tension which, at the same time, also  communicates a feeling of tenderness.

The estate develops along a progressive series of three L shaped structures firmly fixed to the side of the hill which support the two living levels. The structures’ offset produces wide roof terraced spaces. The living room has glass walls and it extends outwards. The latter is suspended and protected below the lower structure. The two buildings are cut in the middle and connected by the staircase, which produces a deep and meaningful groove on the front of the valley.