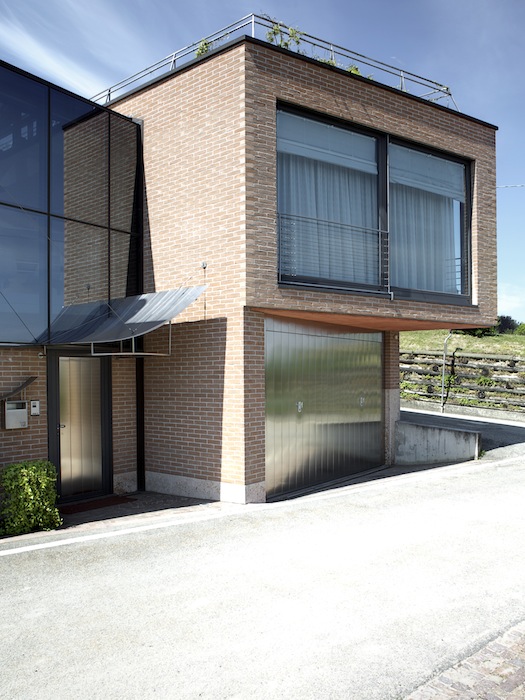 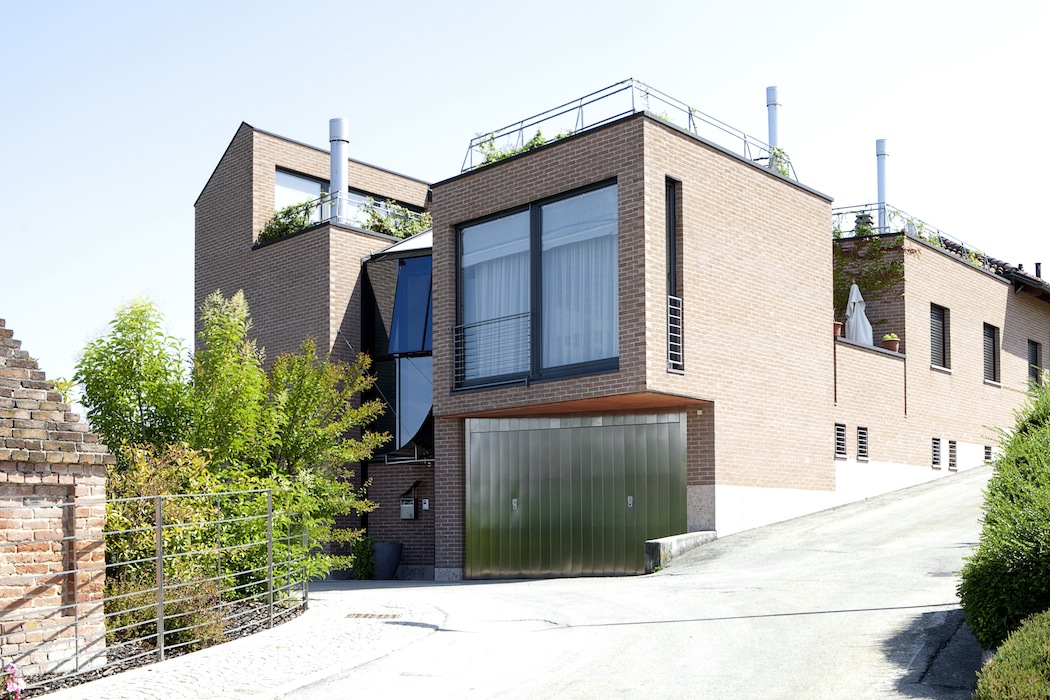 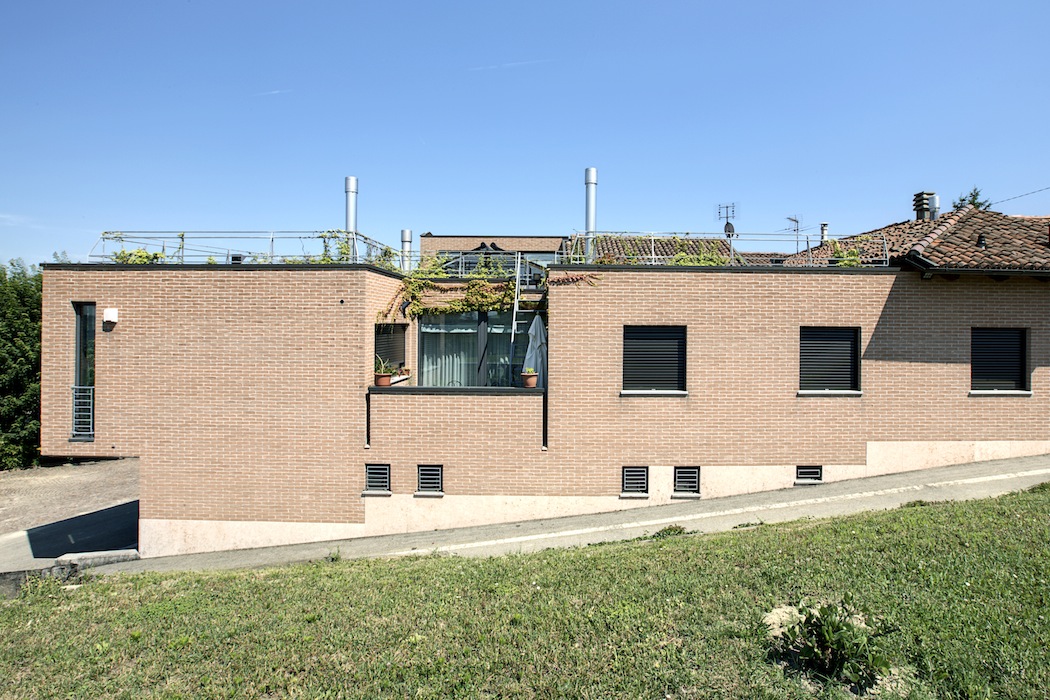 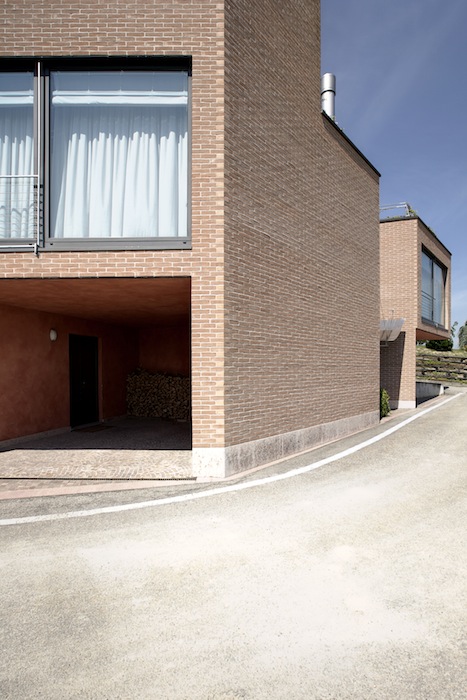 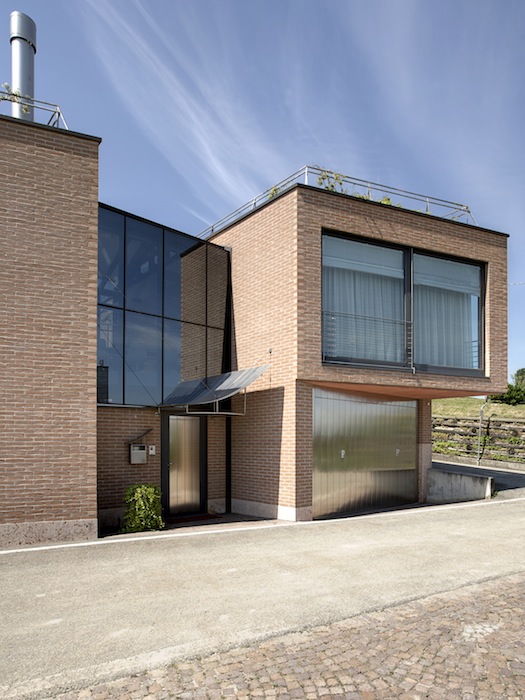 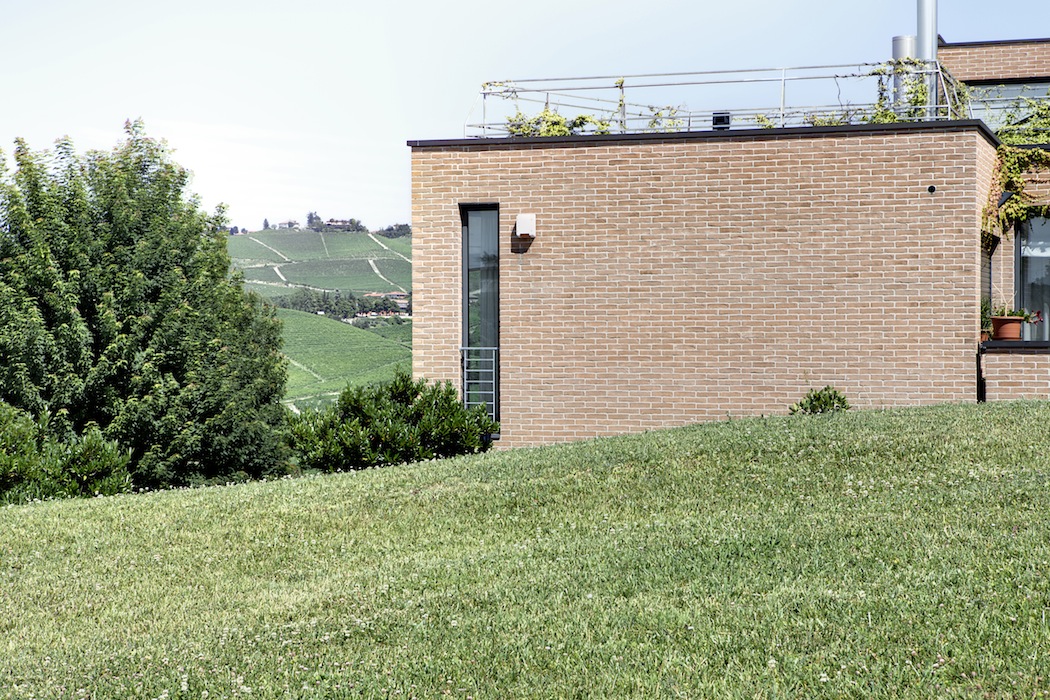 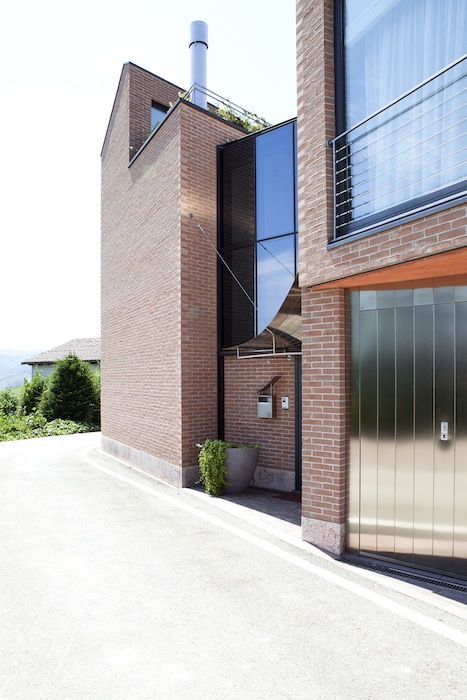 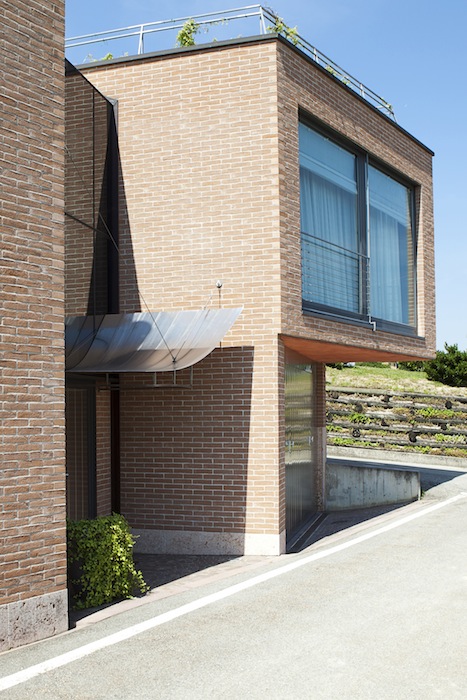 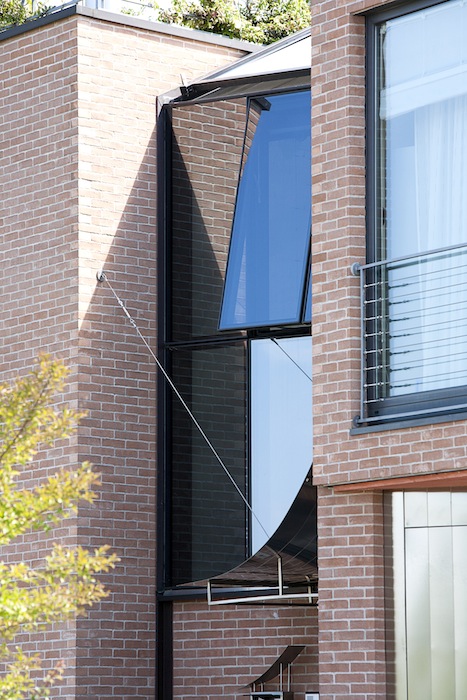 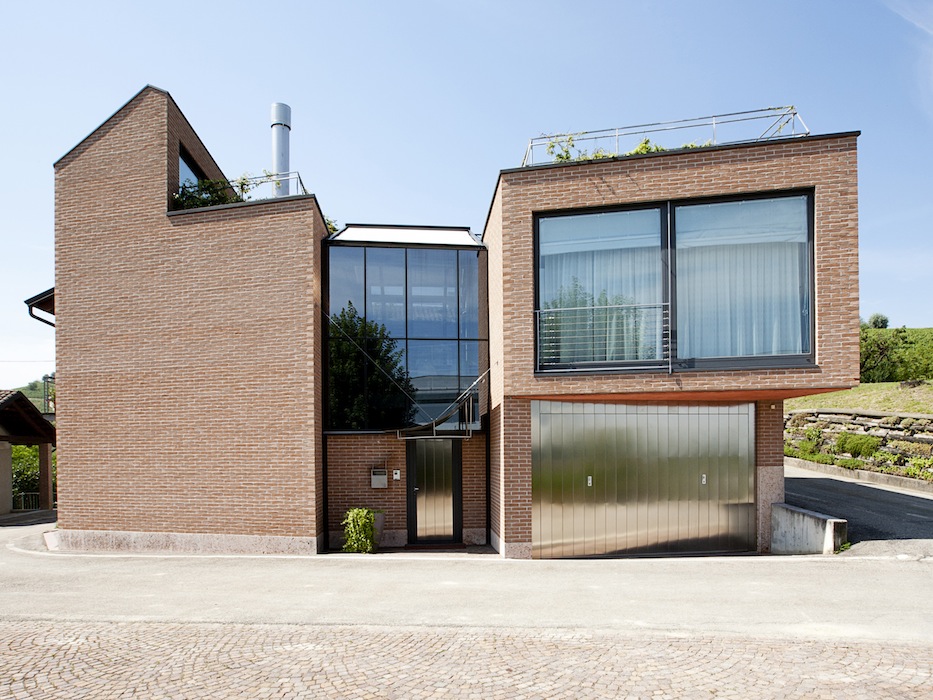 The Albesi hills and the Langhe area are scattered with old farmsteads that are nowadays mostly used as temporary storehouses for obsolete farming and wine making tools, often abandoned and neglected due to the constant automation of agriculture. The need to rethink life in the countryside has led to the transformation of these building according to new demands. However, it has also been deemed necessary to keep the “historical” collective memory of these constructions alive, as well as to underline the  “genius loci” of these places.

The city of Alba is surrounded by hills that are “as steep as mountains, but as soft as dunes”. The farmstead stands on one of these hills. A private road, that starts at the north angle,  leads to the estate as well as to three other neighbouring buildings. The construction is adjacent to a cottage from which the two lower sides of the building start. These section have been connected and contain the barn and the old dwellings. The unfortunate exposure of the building, which faces north, has required to focus much of the planning on the fundamental issue of sunlight . All the  fissures,   rifts or  openings are aimed at catching sunlight from  the early hours of the morning to sunset. The added central building is totally transparent to light in all its floors both vertical and inclined, except for the entrance masonry veneer wall, which is opaque for privacy reasons. The barns, that have windows, doors and shutters with an exceptional mirror effect, host the living area and the kitchen, connected by the central bridge under the “crystal roof”. The bedrooms are also on the first floor, and are distributed between the lower part of the building that connects it to the adjacent construction and the old part of the farm. This section has clearly been restored, however the proportions of the openings have not been changed, and the type of roofing and the wooden balcony have remained the same as the original building. The pre-existing pitched roof has been replaced by terraces wherever substantial works have been made necessary by the precarious conditions of the construction. The two small terraces that face west on the first and second floor guarantee a brightly lit living area and kitchen until sunset.

The vineyards that surround the house are joined to the building by panels strengthened by wooden pilings that host vegetation and flowers, and at the same time prevent soil to run off onto the road. The only break the hill has granted is the area in front of the building: the garden develops on areas drawn on the side of the hill, below the building’s ground floor.