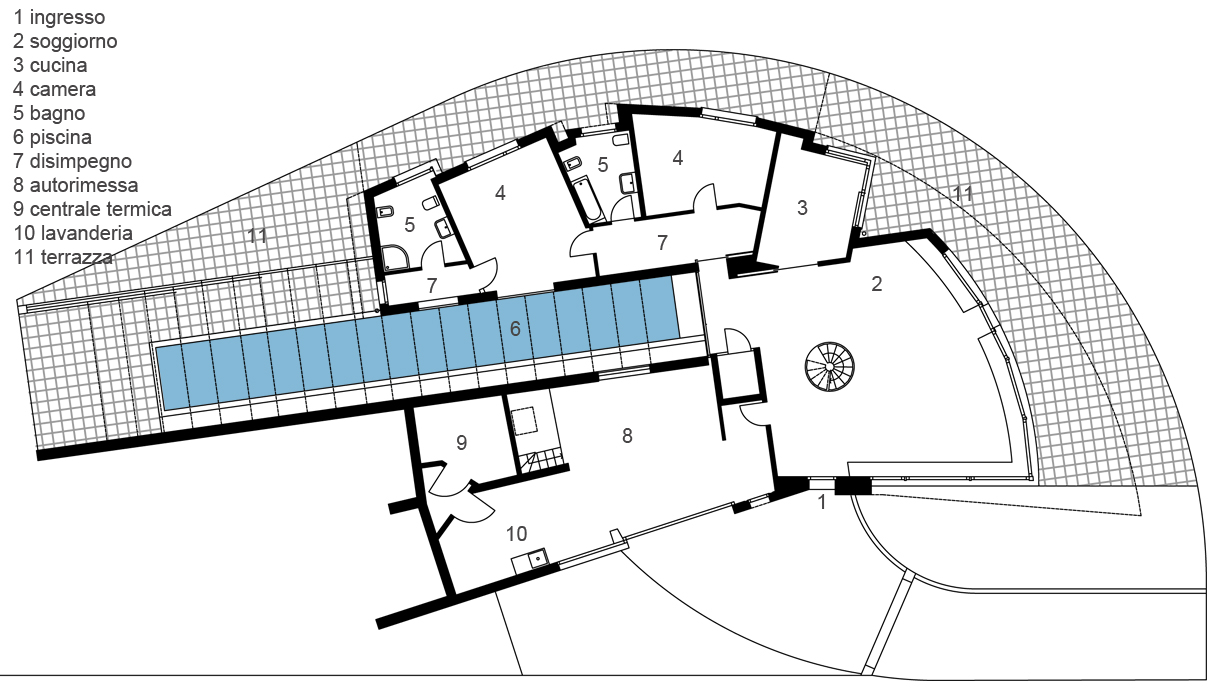 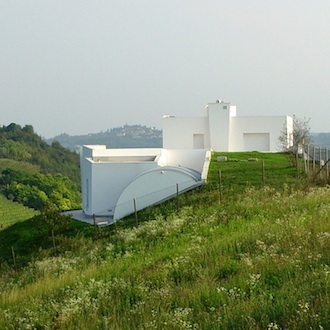 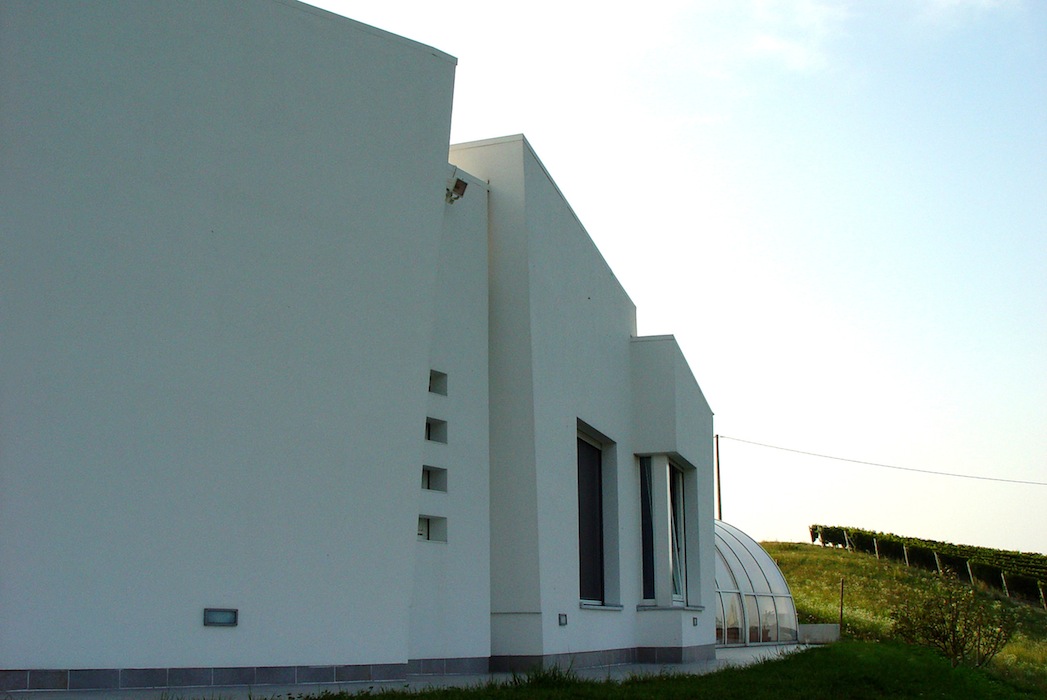 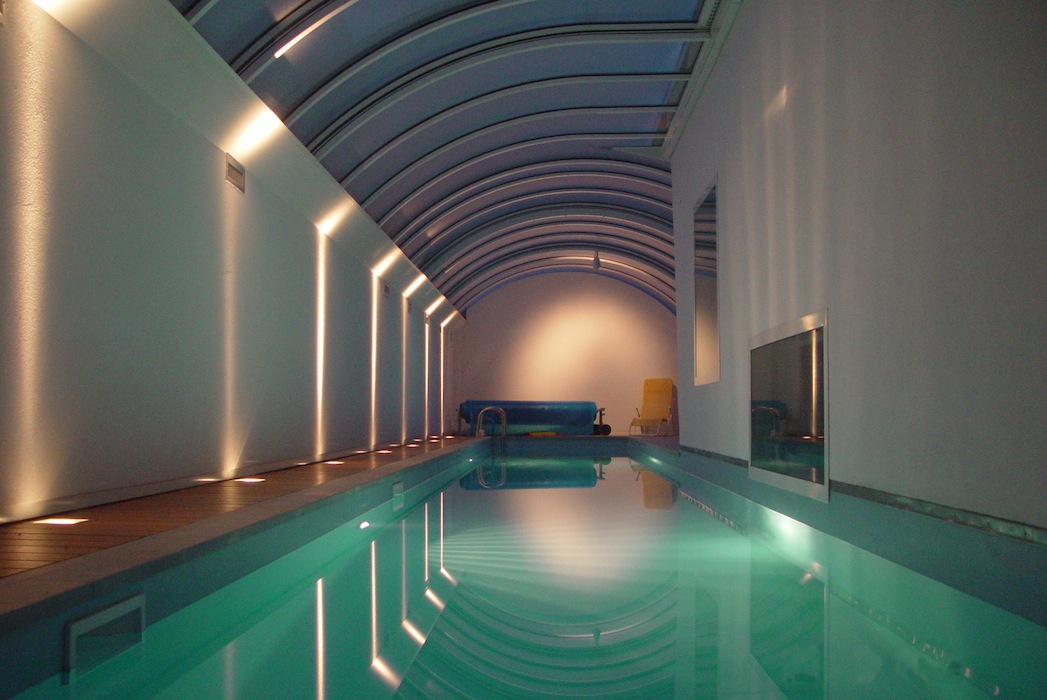 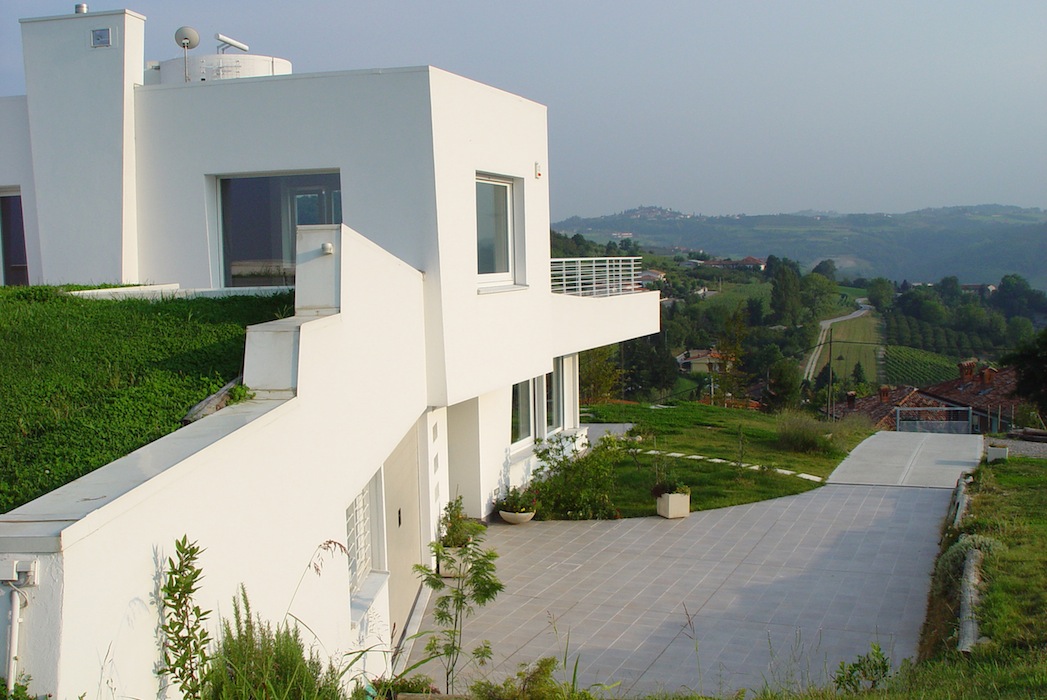 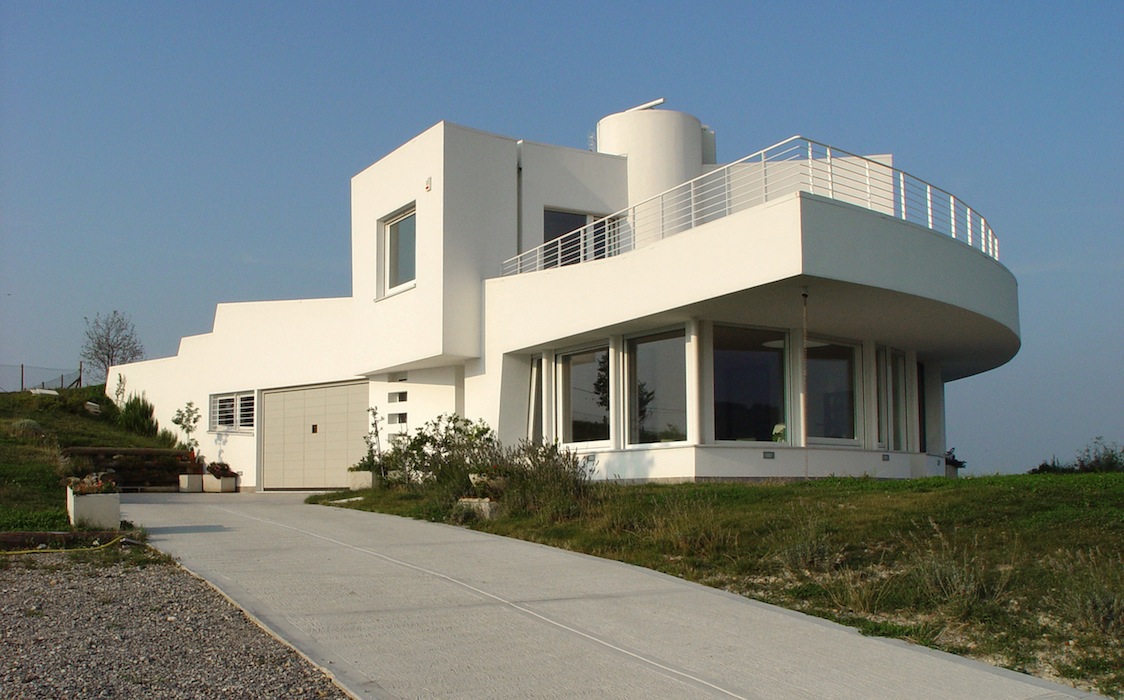 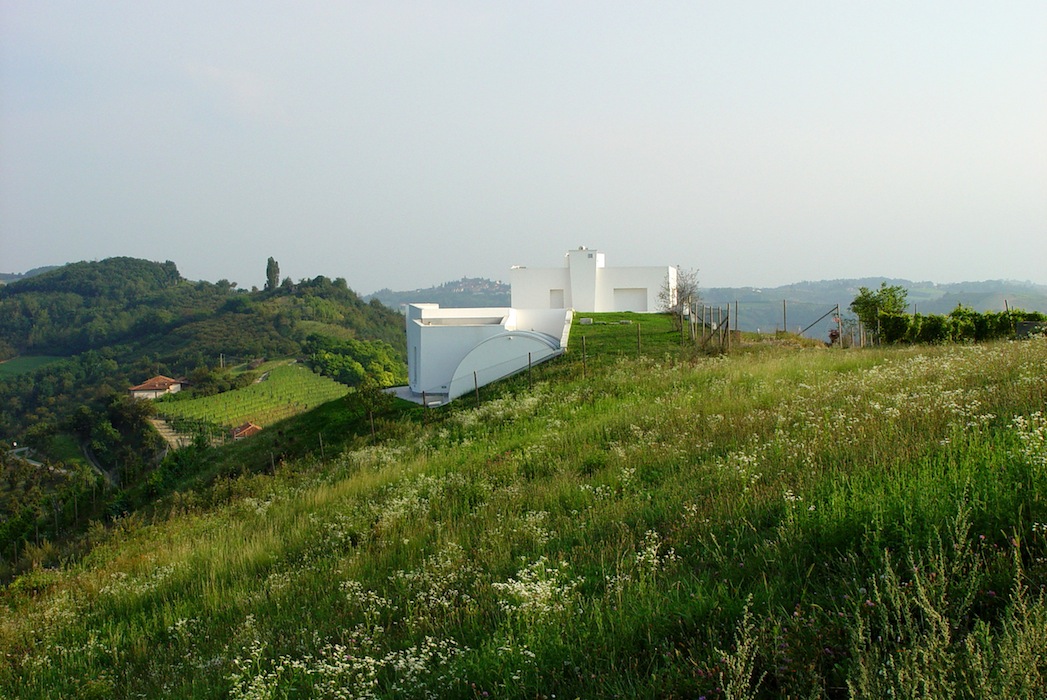 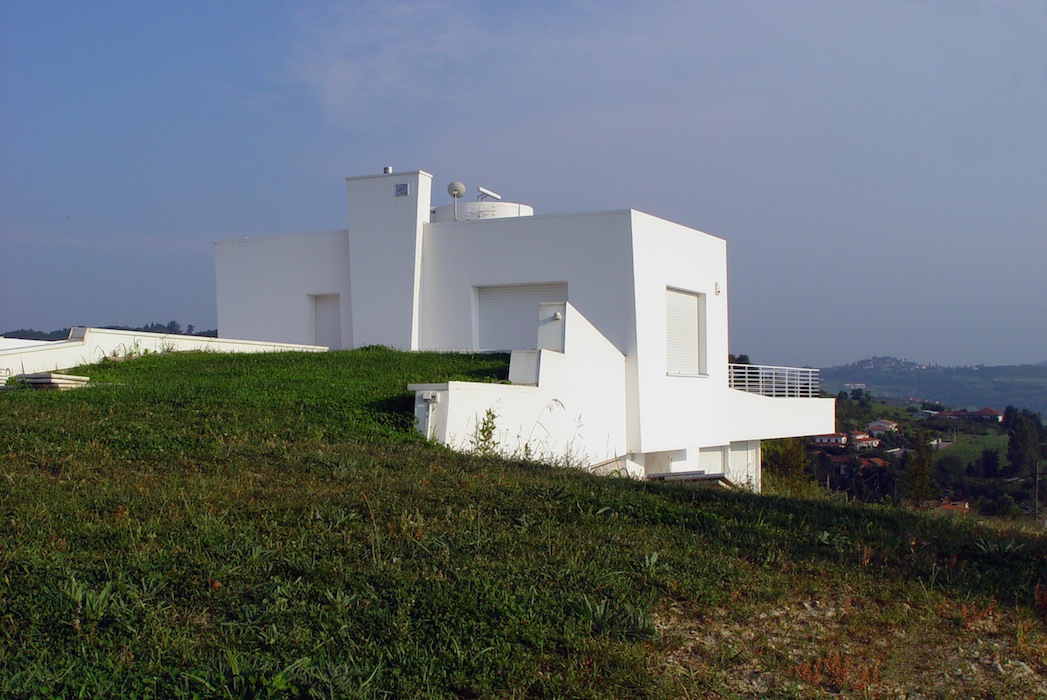 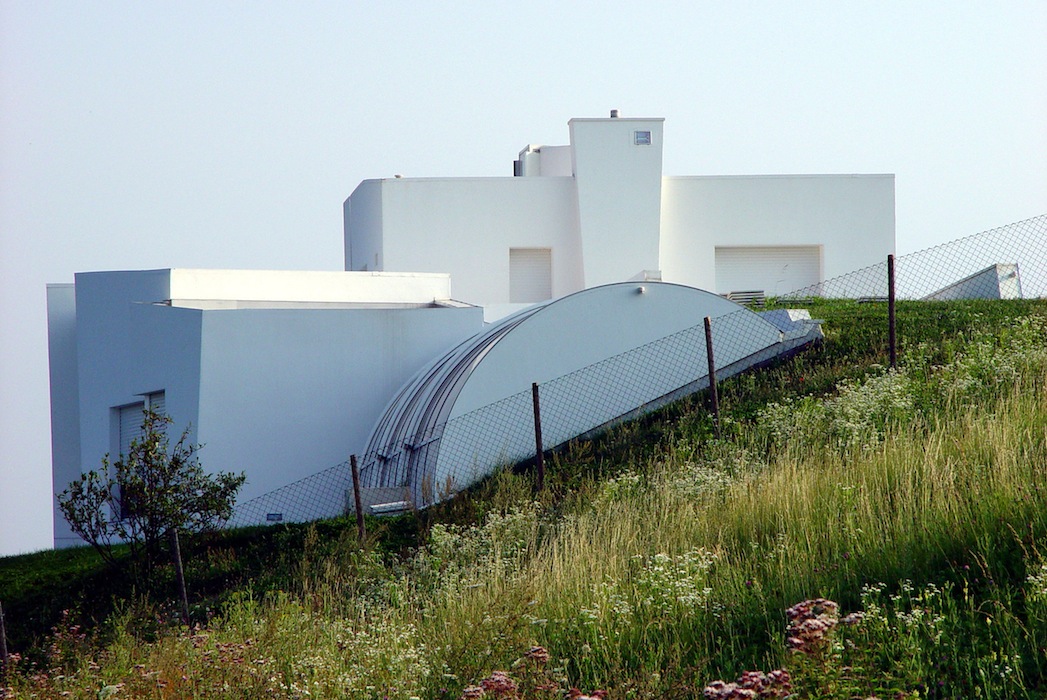 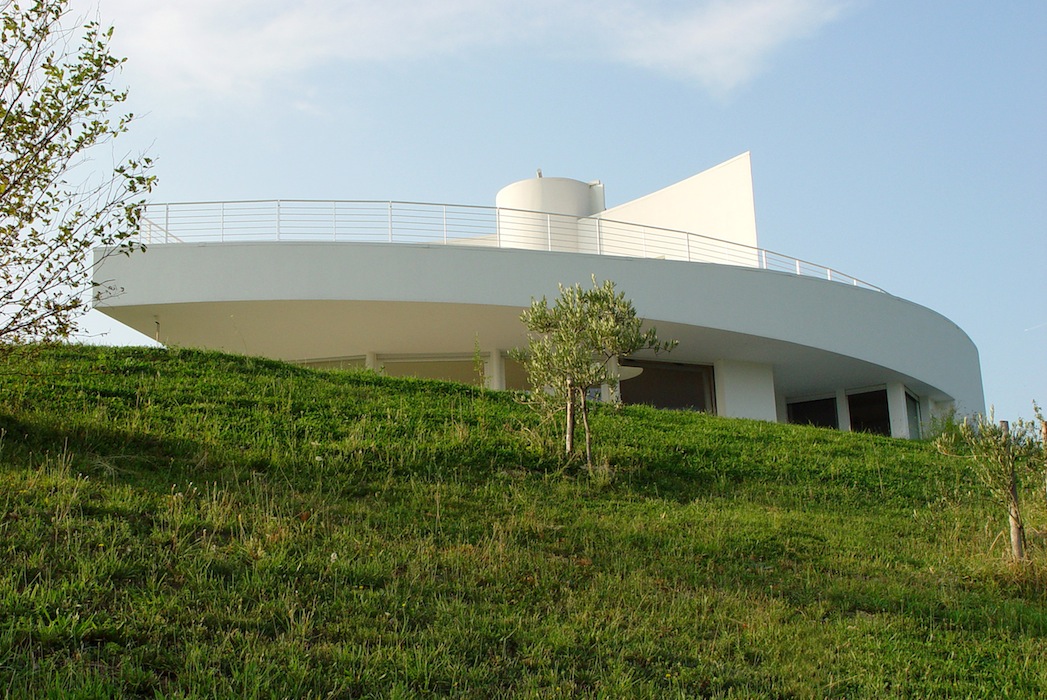 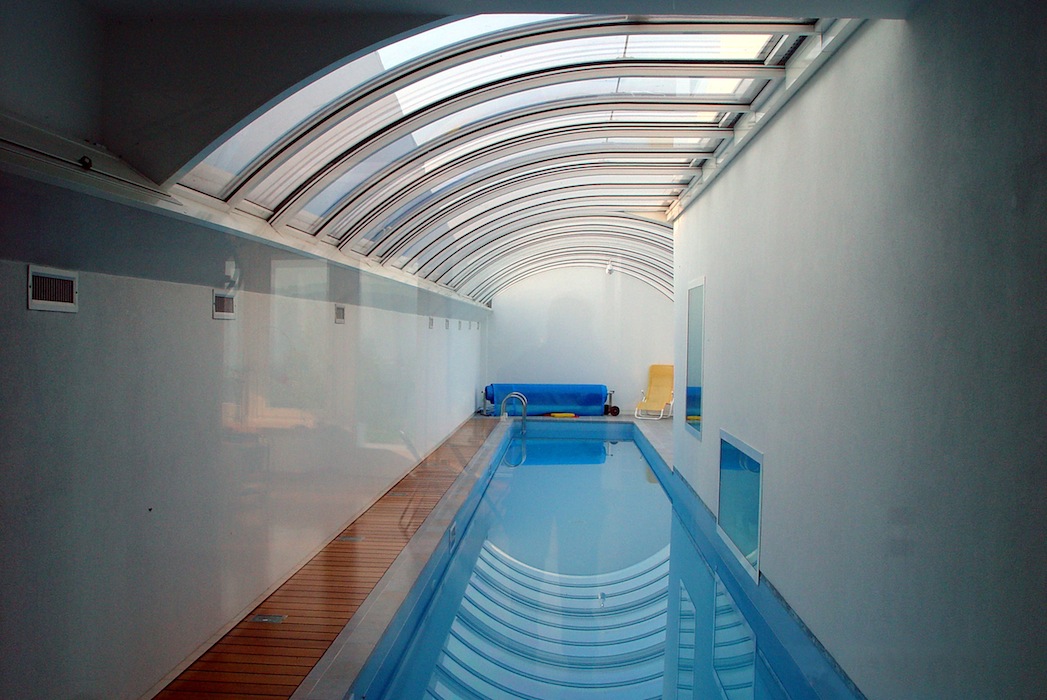 The idea behind the project is based on  two buildings linked together. The first follows the flow of the road that leads to the house, the second is shaped by contour lines that delineate the east and south façades.  This combination reminds one of the feelings a person experiences when they decide to leave oppressive city life behind in order to land on top of a hill and embrace the view onto the Langhe, bordering with the Alps which run from south to north.

The building stands on the north, under a layer of topsoil. In fact, it aims at replacing the hilltop, suggesting that the terrace could be perceived as the continuation of  grassland itself. The only part that stands out is the upper floor box which is fitted with five windows that look towards the four cardinal directions. In this way, the building stretches out at a 360 degree angle onto the flourishing and colourful spectacle of nature. Therefore, the building gives the impression of partially replacing the portion of land that has been taken out to make space for the house which fits smoothly on the hillside, while at the same time respects its natural surroundings.