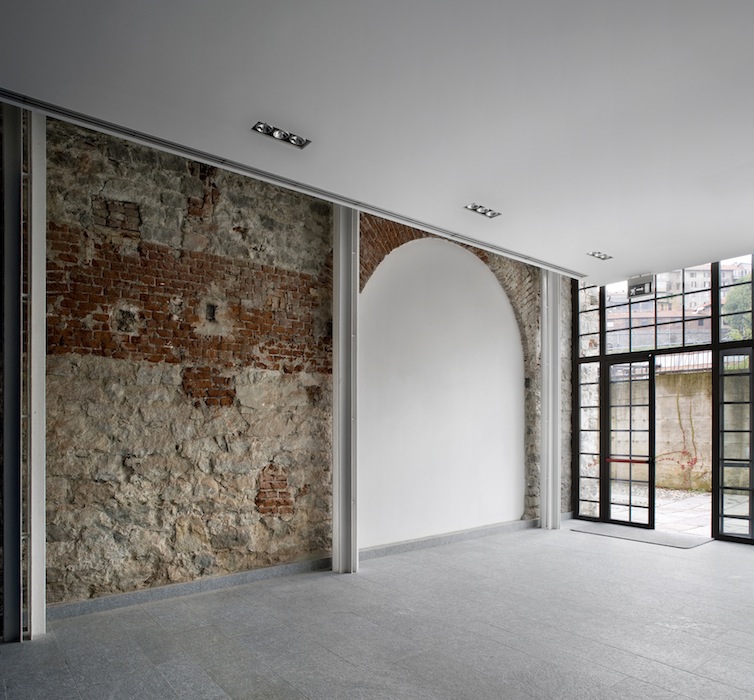 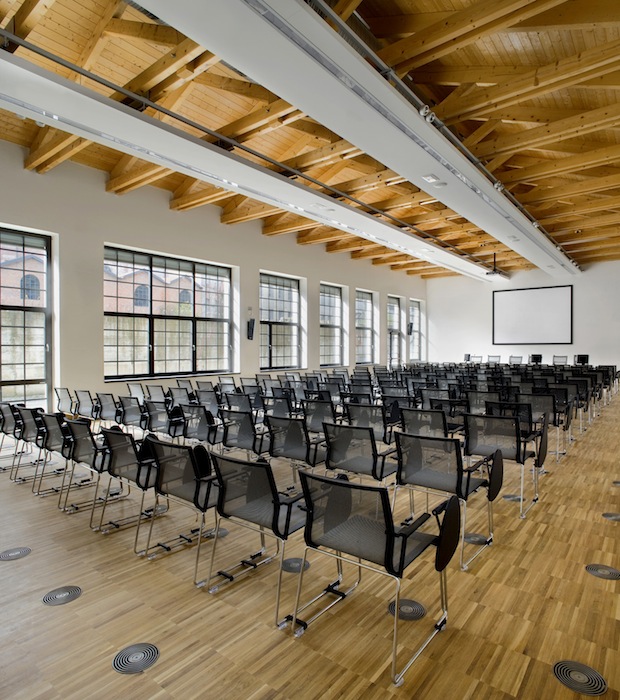 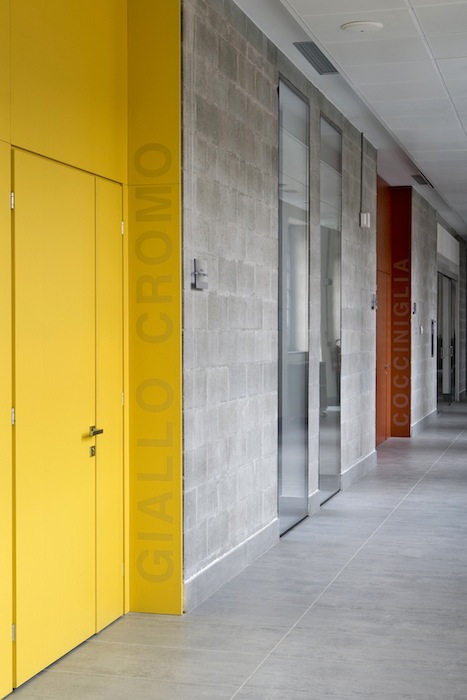 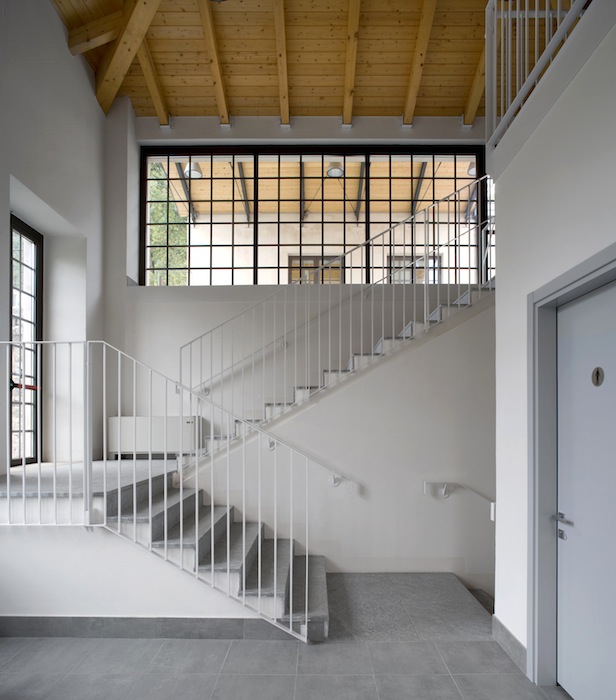 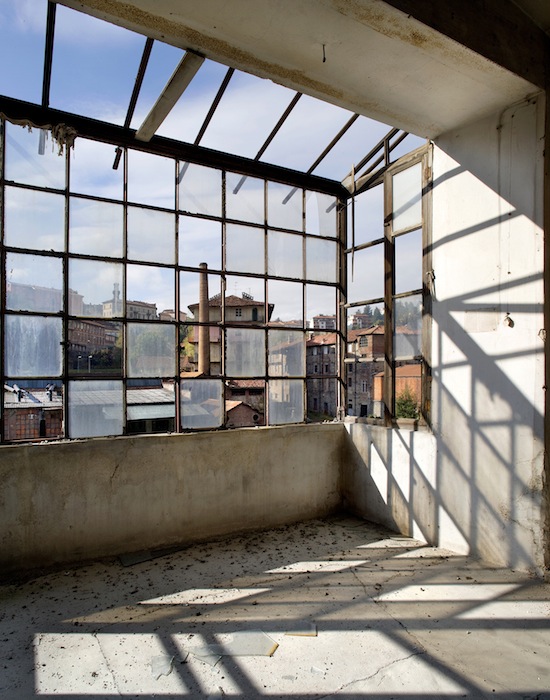 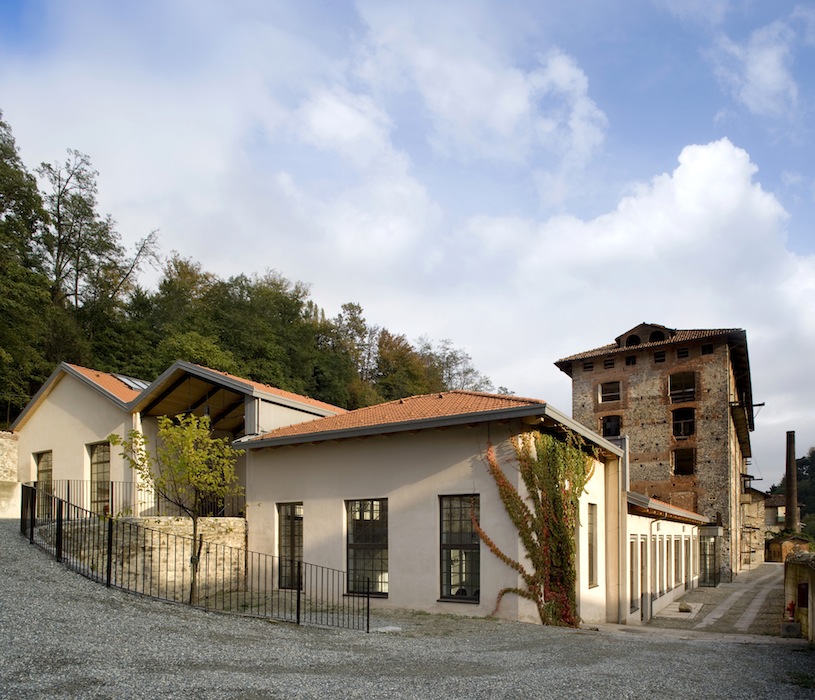 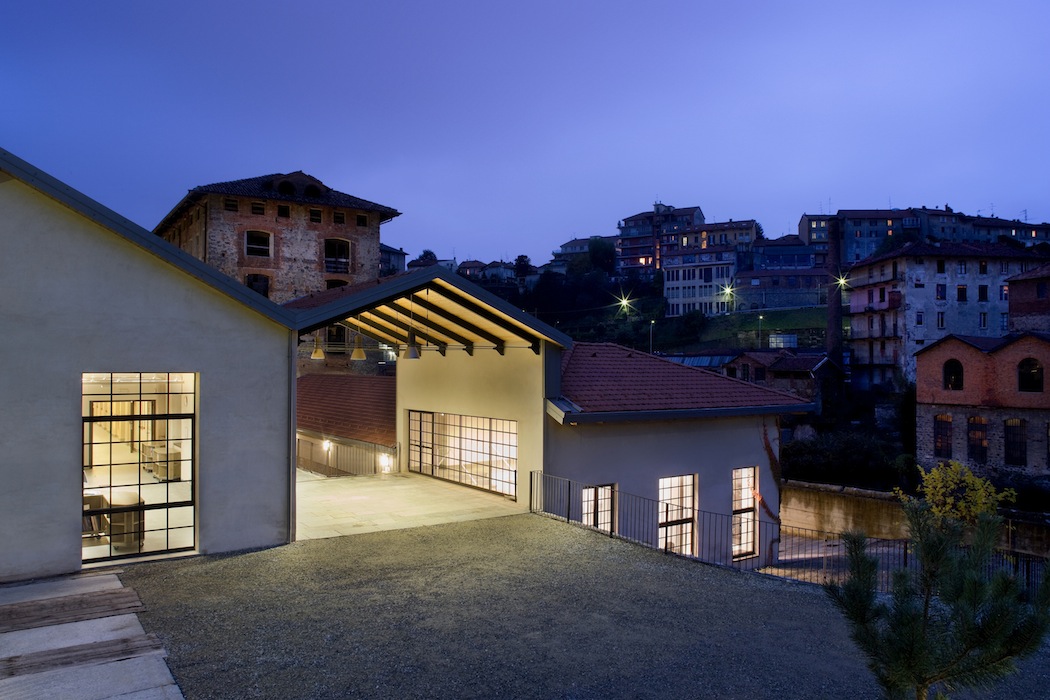 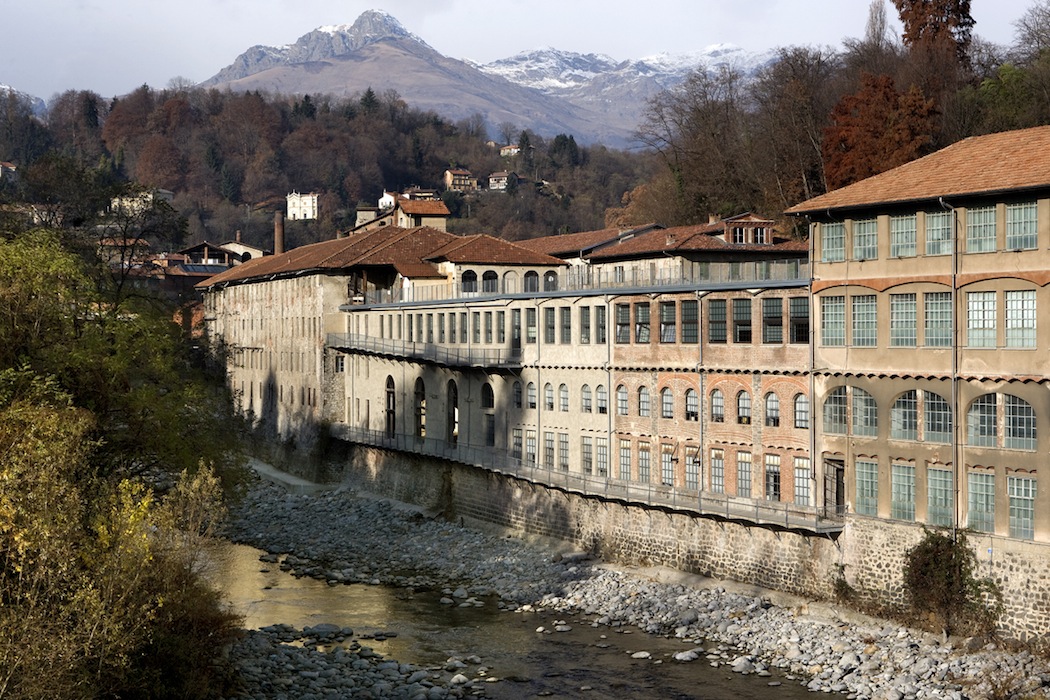 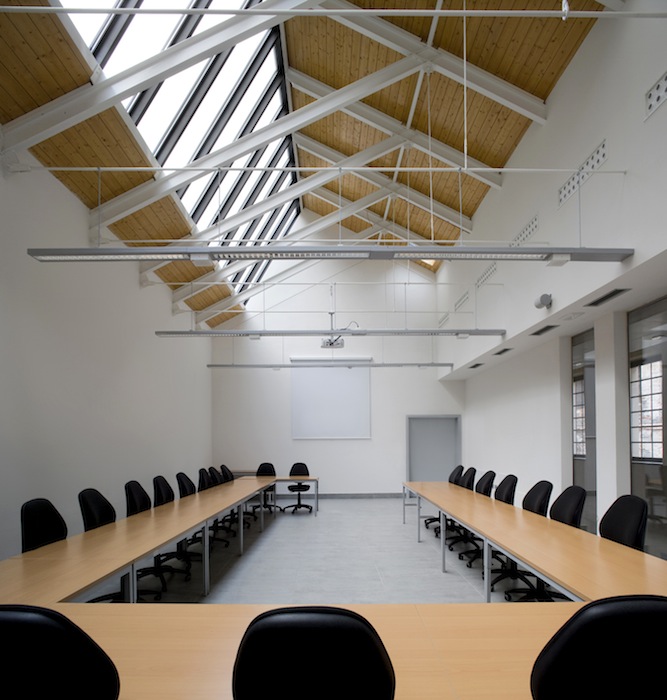 The wool mill is situated on the banks of  the Cervo river, in the city of Biella. This building is one of the numerous reminders of the region’s industrial history. It is therefore an important site from a  historical point of view, but also from the point of view of the history of industrialization in general.  It is in fact a series of buildings and constructions that  bear witness to the evolution of industrial development through time, from the irrigation ditch and the windmill,  to the paper factory built in 1548, to its final destination as a building dedicated to the textile industry.

The original premises that hosted Quintino Sella’s residency, the paper factory and the wool mill (spinning, weaving and dyeing) were built between 1700 and the 1930′s and are still standing. This makes the estate that hosted the Sella wool mills an interesting site from the point of view of industrial archaeology. In fact it allows one to draw a pretty accurate picture of the passage from  artisanal handicraft to industrial production, in terms of both manufacturing processes and the evolution of construction typologies.

Throughout the years, the existing buildings have hosted different businesses: the Sella Foundation, which preserves and promotes the memories found in the sources and documents kept by the Sella family, the offices of Banca Sella’s data centre, as well as Banca Sella’s Corporate University.

Renovation works in the offices of the Data Centre began in 2007 and have included important structural interventions as well as reinforcement of vaults, intermediate floors and flat roofs. External landings and building fronts have been restored and the deteriorated plaster has been renovated. The new offices have been rearranged according to an open space philosophy. Therefore, meeting rooms, relax areas and services have been set out. It has also been necessary to re-define vertical links by introducing a new staircase inside the main building.

In 2007 we also started on work to preserve and restore the nineteenth century buildings that once hosted the weaving and dyeing operations in order to create spaces for Banca Sella’s Corporate University. The external load-bearing walls of these buildings are made of coated solid bricks, wooden or metal shed shingles covered with Marseillaise patterned terracotta roof tiles. They were all in serious decay. The partially collapsed shingles and the lack of window and door frames had led to considerable rising damp, while the floor had been taken over by spontaneous vegetation.

It has therefore been necessary to renovate the entire estate by reinforcing the vertical and horizontal structures, completely remaking the roof using techniques that would produce a similar effect to the pre-existing structure.  Steel door and window frames  similar to the original ones but compliant with current regulations concerning safety and energy conservation, have been installed.  Preservation and restoration works have also included the construction of partitions to create spaces such as a hall and reception, staircases and lift areas, classrooms, relax areas, and a multi-purpose room.

Finishing works have included coating with plaster that would suit the historical character of the walls, painting, and new floor laying works. The buildings that once hosted the boiler have now been adapted to contain the electricity and water plants.

Works have also been carried out in the adjacent Factory’s Garden that was in an extremely neglected condition. The new square has been turned into parking lots that can be used as permanent or temporary parking spaces. The garden has been rearranged along a path that allows visitors to visit in comfort. The aim has been to turn this space into an area where the employees of the Banca Sella Group and those attending courses can relax and gather. The garden renewal project has been inspired by the concept of space divided into “rooms”, meaning areas of mostly defined and regular shapes, each one of which has a specific function.